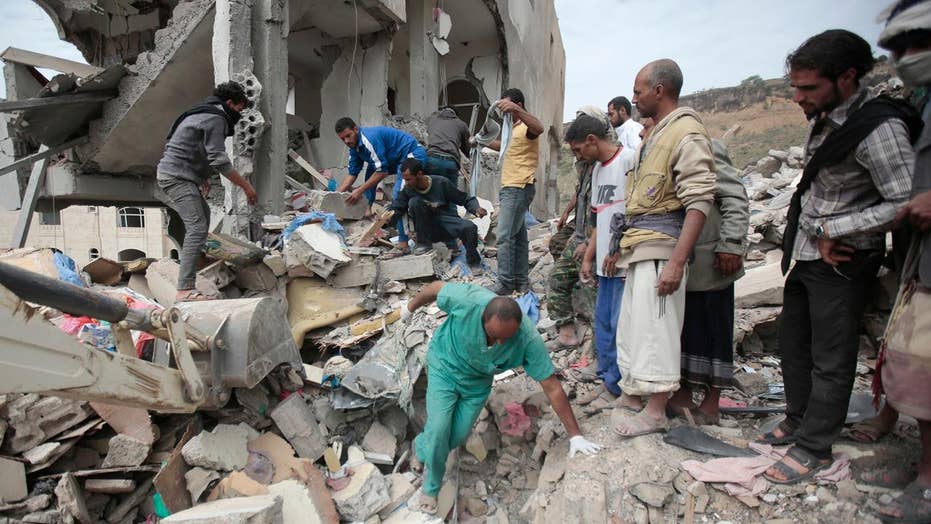 They say the attack took please overnight and into the morning hours on Friday in the city's southern neighborhood of Fag Attan. The death toll was expected to rise further as rescuers pull more victims from under the rubble.

The Saudi-led coalition is waging an air campaign against Yemen's Shiite rebels and forces loyal to a former president. The alliance controls much of northern Yemen, including Sanaa. The coalition is trying to restore the internationally recognized government of President Abed Rabbo Mansour Hadi to power.