Report: Call made to Saudi gov't after Khashoggi murder

A member of the 15-person Saudi assassination squad, which Turkey claims to have killed writer Jamal Khashoggi, was heard in a phone recording collected by Turkish intelligence telling a superior that the “deed was done” and to “tell your boss,” according to The New York Times.

The Times, citing three people familiar with the recording collected by Turkish officials, reported on Monday that the call was made by Maher Abdulaziz Mutreb – a security officer who often accompanied Crown Prince Mohammed bin Salman of Saudi Arabia during travel – and that American intelligence believe he was referring to Prince Mohammed when he said to “tell your boss.”

Turkish intelligence have said they believe Mutreb was speaking to an aide of the prince, according to the paper.

Khashoggi, a critic of ruling Saudi Crown Prince Mohammed bin Salman, was killed last month at Saudi Arabia’s consulate in the Turkish city of Istanbul by a team sent from Riyadh. Saudi officials have recently acknowledged that the killing appeared to be premeditated.

Turkey claims that Khashoggi was strangled and dismembered at the consulate and numerous media reports have suggested that his body could have been chemically dissolved. Khashoggi’s body has never been recovered.

During the call, Mutreb also said “the deed was done,” the Times reported, citing people familiar with the recording while noting there could be variations of how the Arabic is translated. The recording was shared last month with CIA Director Gina Haspel during a trip to Turkey’s capital, however, she was not allowed to bring the intelligence back to the states, the report said.

While some intelligence officials view the recording as strong evidence in tying Prince Mohammed to Khashoggi’s death, the Times noted that Turkish officials have said it does not definitively incriminate the crown prince, echoing similar sentiments made by other government officials, including American intelligence. 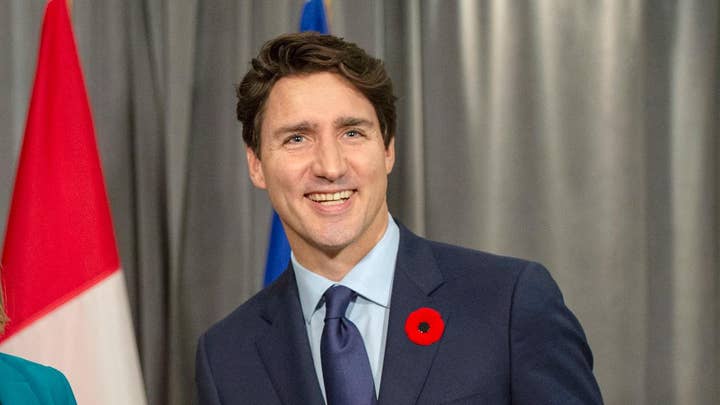 Additionally, the crown prince was not identified by name in the recording and intelligence officials are not completely certain that Mutreb was referencing him in the call, the Times reported.

The Royal Kingdom refuted the idea that Prince Mohammed “had any knowledge whatsoever” of Khashoggi’s killing, telling the Times in a statement on Monday that Turkey shared the recordings with Saudi intelligence “and at no moment was there any reference to the mentioned phrase in the such recordings,” referring to the “tell your boss” comment made by Mutreb.

Canadian Prime Minister Justin Trudeau on Monday became the first Western leader to acknowledge his country had heard recordings of the killing of Khashoggi, saying his country “has been fully briefed up on what Turkey had to share.”

His comments come just a few days after Turkish President Recep Tayyip Erdogan said he had given recordings "to Saudi Arabia, to America, to the Germans, the French, to the British, to all of them.”

Trudeau, who thanked Erdogan in person for "his strength in responding to the Khashoggi situation" when the two leaders met in Paris this weekend, said that he personally had not heard the shared audio -- which is the latest move by Turkey to maintain international pressure on Saudi Arabia to prevent a cover-up of the Oct. 2 killing.

He declined to give any details on the contents of the tapes.

On Sunday U.S. Secretary of State Mike Pompeo spoke with the Saudi crown prince on the telephone and "emphasized that the United States will hold all of those involved in the killing of Jamal Khashoggi accountable and that Saudi Arabia must do the same."

The crown prince is widely suspected of at least having knowledge of the killing, which involved some members of his security entourage.