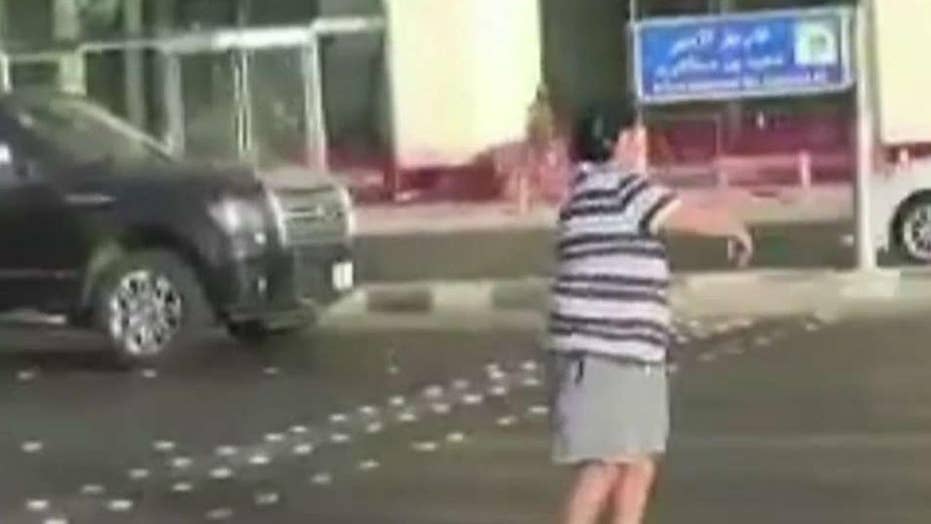 Teen in Saudi Arabia arrested for dancing the Macarena

Incident happened in 2016, teen has now been arrested

A Saudi Arabian teen arrested Tuesday after stopping traffic to film a dance video for the 1990s song "Macarena," was released by the Kingdom with a warning about road safety after the story -- and clip -- went viral.

He sways his hips and arms to the song, and appears to be smiling and giggling throughout the dance.

The boy, who wasn't immediately identified, was later released without charge, after he and his legal guardian were summoned for questioning, Sky News reported.

"They signed a written pledge that the teen will not engage in behavior that could endanger his life and the life of others again," the Saudi Interior Ministry said Wednesday. "The notification was solely intended to warn the boy about potential consequences for his own safety, as well as to safeguard the overall safety of motorists and pedestrians."

Western music and dancing is taboo in Saudi Arabia, but such incidents in the past have not led to lengthy imprisonment or serious punishment. Traditional dance is permitted.

Saudi King Salman and President Trump were filmed taking part in a traditional all-male Saudi sword dance in May when the president visited the kingdom to boost ties.

Saudi Arabia's young heir to the throne, 31-year-old Crown Prince Mohammed bin Salman, has pushed for greater openings for entertainment in the kingdom, including allowing a limited number of musical concerts after a more than 20-year ban.

He has also encouraged young Saudis to become more physically active as part of a wide-reaching reform agenda that includes raising life expectancy in the country.