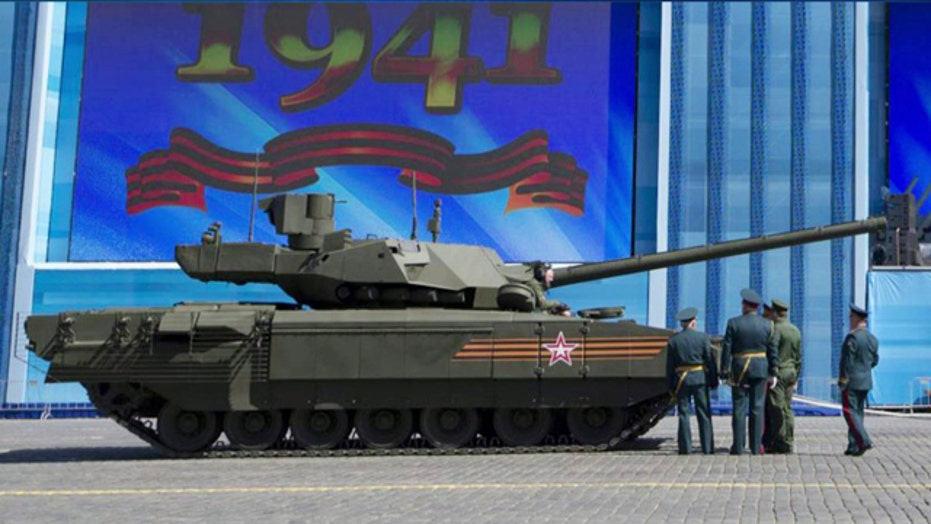 MOSCOW – A state-of-the-art Russian tank, which was shown to the public for the first time earlier this month, on Thursday ground to a halt during the final Victory Day rehearsal.

The tank, T-14 Armata, is said to surpass all Western versions because of its remotely controlled cannon and the protection it offers to its crew. The T-14, which replaces the T-72 and T-90, is set to undergo trials next year.

Weaponry was rolling across central Moscow Thursday morning in the dress rehearsal of the military parade on Red Square on May 9 as Russia commemorates the 70th anniversary of the victory over Nazi Germany in World War II.

One of the eight T-14s suddenly stopped while others drove on. The engine was still rumbling but it wouldn't move. After an attempt to tow it failed, the T-14 rolled away under its own steam about 15 minutes later.

While the tank was stranded on the cobbled Red Square, the presenter commenting over the PA system said it was part of the training to "evacuate weaponry" and had been planned.

The tank's producer insisted that the T-14 did not break down.

Alexei Zharich, deputy general director of the Uralvagonzavod factory, said on Twitter that the military were responsible for the way the rehearsal was held but insisted that the tank "was functioning properly and left on its own power."