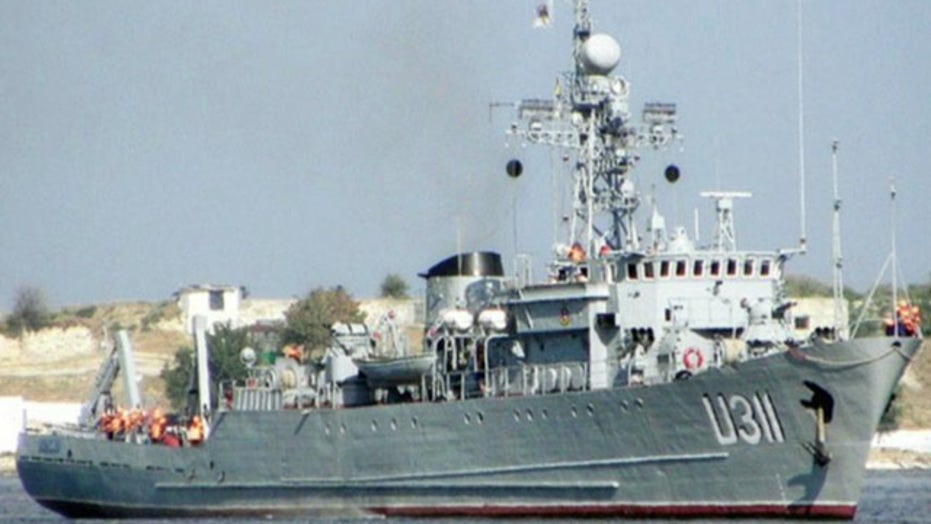 The spokesman said officials do not have enough information to support claims the actual troop numbers are increasing, though.

Local social media sites have shown numerous amateur videos purported to show Russian tanks and other heavy armored vehicles on the move in the past few days. They are seen either driving along roads or being transported on trains. In one case, vehicles are shown being off-loaded from flatbed freight trains. The vehicles include mobile communication units.

The locations include Vornezh, a Russian city northeast of the major Ukrainian city of Kharkiv, and Novozybkiv, a Russian city directly north of Kiev, 50 miles from the Russia-Ukraine border.

The reason for the uptick in activity could be new rounds of military exercises, rotation of troops or for some unspecified reason, the spokesman told Fox News.

Tensions between Moscow and Kiev have been rising since Russian forces occupied the Crimean Peninsula and stayed there throughout the referendum earlier this month where votes overwhelmingly supported Russia's annexation.

Russian authorities previously complained that Ukrainian border guards have singled out Russian men at the frontier and blocked their crossing, fearing that they may be activists coming to stir up unrest.

Russia's foreign ministry said in a statement that Ukrainian border guards have been forcing cabin crews of Aeroflot, the state-controlled Russian airline, to stay inside their planes. The ministry said the decision violates international law and ultimately "poses a threat to the safety of civil aviation" because the crews cannot rest properly.

The ministry said that it had sent protest notes twice to the Ukrainian Embassy in Moscow.

Oleg Slobodian, spokesman for the Ukrainian border service, denied any policy to keep Aeroflot crews on their planes. The only time a crew member was prevented from entry was on March 24, he said, when a passport check revealed that the man had a travel ban. In solidarity, the remainder of the crew remained on board with him.

Ukrainian soldiers on Tuesday began their westward journey from Crimea after Ukraine's fledging government ordered the withdrawal of its troops from the Black Sea peninsula.