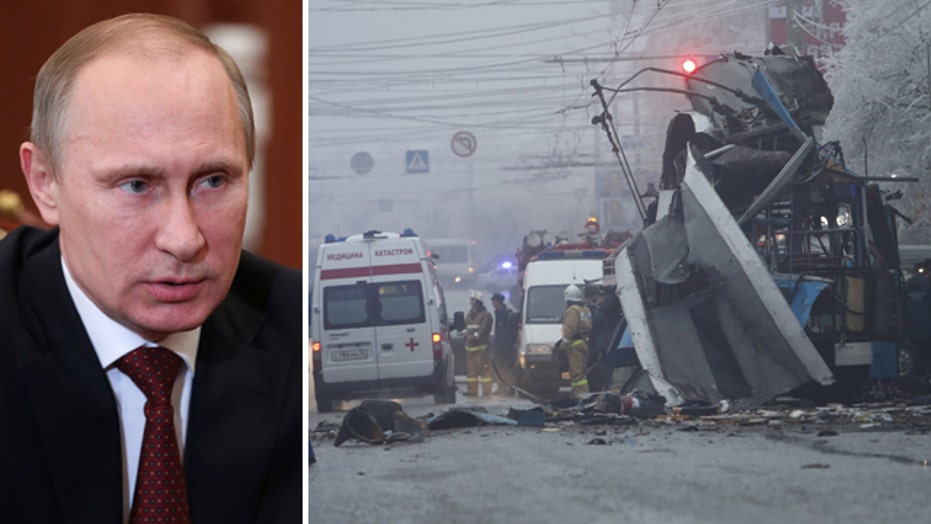 Russian officials believe that they know the identity of the man who blew himself up Sunday at a train station in the southern city of Volgograd, killing at least 18 people.

The Moscow Times reported Wednesday that officials had identified the suspect as Pavel Pechyonkin, a Russian man who had converted to Islam and joined a militant group. The paper said that Pechyonkin had quit his job as a paramedic with a local ambulance service to join up with fighters in the region of Dagestan. The paper also reported that Pechyonkin had changed his name to Ansar al-Rusi.

Pechyonkin's identity as the bomber could be confirmed through DNA analysis using a blood sample from his father. The Moscow Times also reported that Pechyonkin had rejected two videotaped appeals from his parents to leave the militant group and return home. The first of those appeals was made this past March, while a second attempt was made in September.

Officials said Pechyonkin responded to the first appeal by recording a video of his own saying that while his parents' pleas had "saddened" him, he would not leave the militant group. He appears not to have responded to the second effort.

Meanwhile, Russian President Vladimir Putin, opening a meeting before dawn Wednesday in Volgograd with the heads of the Federal Security Service and the Interior Ministry, said: "Whatever motivated the criminals' actions, there's no justification for committing crimes against civilians, especially against women and children."

Putin Tuesday promised to annihilate all "terrorists" in response to the bombings in one of two New Year's speeches.

"We will confidently, fiercely and consistently continue to fight against terrorists until their complete annihilation," Putin said in the video, Reuters reported. He went on assure safety in the upcoming Winter Olympics in Sochi.

Russian leaders typically make short, prerecorded messages to be broadcast as the year begins in each of the country's nine time zones.

The address broadcast in Russia's Far East was typical, showing Putin at the Kremlin and calling for Russians to work together, according to Russian news websites. But an hour later, Putin came out with a different speech mentioning this week's suicide bombings in Volgograd that killed 34 people and vowing to destroy terrorists, reports said.

The attacks occurred on Sunday and Monday and police believe the two attacks are connected.

The Interior Ministry ordered police to beef up patrols at railway stations and other transport facilities across Russia. Putin on Monday summoned the chief of the main KGB successor agency and the interior minister to discuss the situation, and sent the former to Volgograd to oversee the probe.

Suicide bombings have rocked Russia for years, but most have been in the North Caucasus region. However, Volgograd has now been struck three times in two months -- suggesting militants may be using the transportation hub as a renewed way of showing their reach outside their restive region.

No group has claimed responsibility for either explosion, which occurred several months after Chechen rebel leader Doku Umarov called for new attacks against civilian targets in Russia, including the Sochi Games.

Volgograd, a city of 1 million people formerly known as Stalingrad during the Soviet era, is located approximately 425 miles northeast of the Black Sea resort town of Sochi, the site of next February's winter Olympics. Both cities are located near the unstable North Caucasus region, where Islamic insurgents have waged a campaign of violence against rule from Moscow for the better part of two decades.