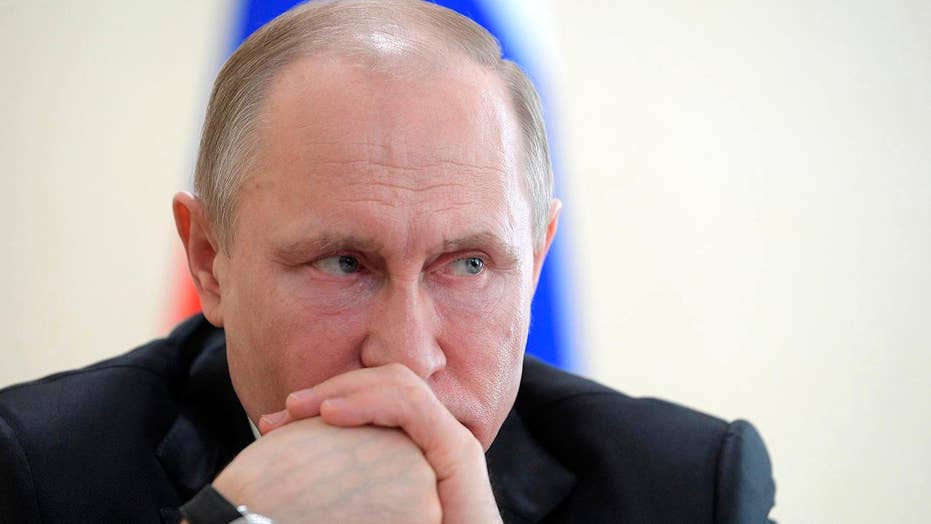 Russia's foreign minister says Moscow will expel the same number of diplomats from the nations that have expelled Russian diplomats over the poisoning of an ex-Russian spy in Britain; reaction from Republican Congressman Joe Wilson.

Russia announced Thursday it will expel 60 U.S. diplomats and close the U.S. consulate in St. Petersburg in retaliation for U.S. measures taken in response to the poisoning of an ex-Russian spy and his daughter in Britain -- but the White House vowed to "deal with it."

Russian Foreign Minister Sergey Lavrov said U.S. Ambassador Jon Huntsman had been summoned to the Foreign Ministry on Thursday, where he was given notice Russia was responding quid pro quo to the U.S. decision to order 60 Russian diplomats out and close the Russian consulate in Seattle.

Huntsman later Thursday said there was "no justification" for Russia's move, arguing it showed Moscow wasn't interested in dialogue with the United States about important matters.

"Russia’s response was not unanticipated, and the United States will deal with it," White House Press Secretary Sarah Sanders said.

State Department spokeswoman Heather Nauert said, "Russia should not be acting like a victim." She called Russia's actions "regrettable" and "unwarranted."

The United State's decision to close the Russian consulate in Seattle prompted the Russian Embassy in Washington, D.C., to tweet a poll asking social media users which U.S. consulate should be closed in Russia, USA Today reported. St. Petersburg appeared to get the most votes in the poll.

Lavrov said like the U.S, other countries that also expelled Russian diplomats will also be on the chopping block. Two dozen countries, including the U.S., many EU nations and NATO, have ordered more than 150 Russian diplomats out this week in a show of solidarity with Britain.

Russia has adamantly denied any involvement in the attack.

Former Russian spy Sergei Skripal, 66, and his daughter, Yulia Skripal, 33, were both poisoned with a nerve agent on March 4, 2018, in Salisbury, Britain. The father and daughter were found unconscious on a park bench in the town. A police officer exposed to the substance during the investigation was hospitalized and released last week.

The former Russian spy is in critical condition while Yulia has been upgraded Thursday to stable condition.

Skripal was imprisoned in Russia after he sold secrets to British intelligence, but was released in a 2010 spy swap and moved to Britain.

Officials believe Russia is behind the attack partly because novichok, the nerve agent used in the incident, was developed by the Soviet Union. Russian officials complain that Britain hasn't presented evidence to back up the accusation.

Russian President Vladimir Putin has tried to place the blame for the attack on the U.S., Ukraine and the Czech Republic.