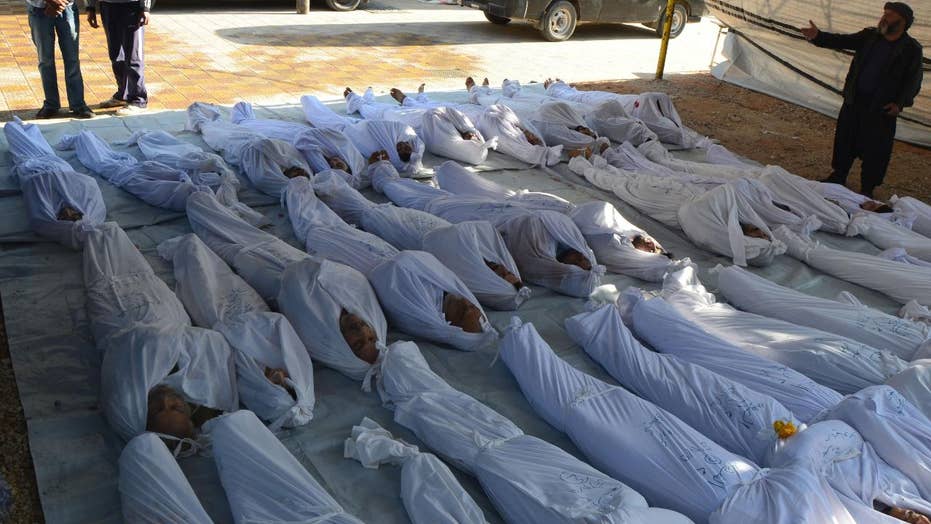 The State Department announced Thursday that it has “credible information” that Russian officials are working with the Syrian government to delay a U.S. investigation into chemical attack sites in order to “sanitize” and “remove incriminating evidence.”

Spokeswoman Heather Nauert confirmed that officials from the Organization for the Prohibition of Chemical Weapons (OPCW) have yet to be allowed into Douma to inspect the area where they say a poison gas attack hit on April 7.

“We can confirm that the OPCW team has still not been able to enter Douma in Syria. It is now 12 days since the attack took place on men, women and children and those innocent civilians in Syria.”

She also said that evidence is pointing towards Russia and Syria for the delay, adding that they may be trying to conduct a “staged investigation.”

The State Department also confirmed that individuals have been pressured by the two governments to change their stories “so that it doesn’t appear that Russia and Syria are responsible for those attacks.”

“The longer that those sites are not able to be investigated by the OPCW fact finding mission experts, the more that the evidence can certainly deteriorate and that’s a great concern to us. We also believe that it gives them additional time to try and clean up and sanitize those sites.”

The State Department could not say if those attempts to “sanitize” were successful, but it did say that there is a chance that the investigation could be compromised by the time officials get to those sites.

U.S. and French authorities say that the poison gas attack, which killed at least 40 people and injured more than 500, was the work of Syrian President Bashar al-Assad.

In response to the attack, President Trump, along with the U.K. and France, launched a series of military strikes that successfully targeted three locations that made up the heart of Assad’s weapons program.

Syrian and Russian officials have denied any such attacks and have even claimed that evidence of a chemical weapons attack was fabricated by the West.

“We certainly know that Syria is responsible for those attacks,” Nauret said.