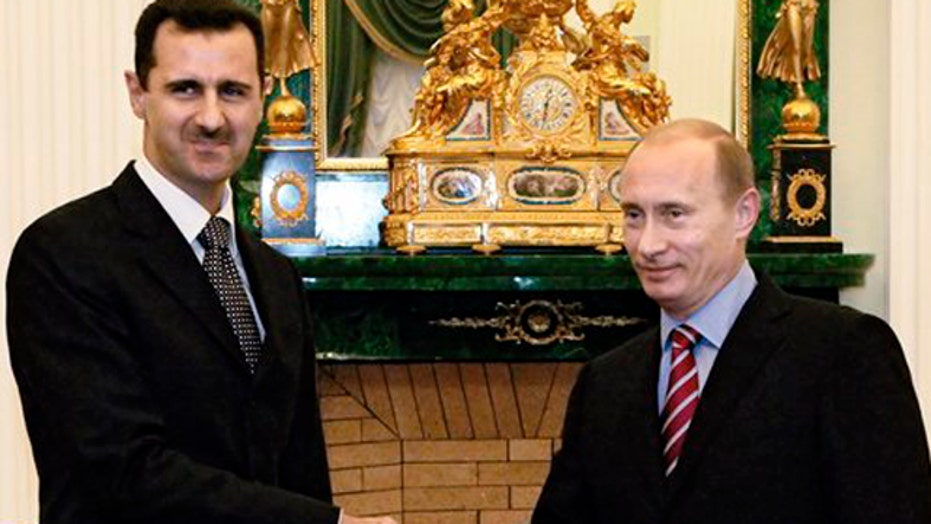 MOSCOW – A Russian navy squadron has set off for the Mediterranean amid official talk about a possible evacuation of Russians from Syria.

The Defense Ministry said Tuesday that the ships will rotate with those that have been in the area since November. Russian diplomats said last week that Moscow is preparing plans to evacuate thousands of Russians from Syria if necessary. The ministry did not say whether the navy ships are intended for an evacuation.

The Interfax news agency, citing unidentified naval sources, reported that the navy command wants the ships to be on hand for the task if needed. It said the mission's duration will depend on the situation in Syria.

Last week, a senior Russian diplomat said for the first time that Syrian President Bashar Assad is losing control and the rebels might win the civil war, a statement that appeared to signal that Moscow has started positioning itself for an endgame in Syria. But the Foreign Ministry disavowed Mikhail Bogdanov's statement the next day, saying his words were misinterpreted and that Moscow's position on the crisis hasn't shifted.

Russia's base in the Syrian port of Tartus is its only naval outpost outside the former Soviet Union. Moscow has been Assad's main ally, shielding him from international sanctions over a brutal crackdown on an uprising that began in March 2011 and turned into the civil war, killing more than 40,000 people.

The squadron of five ships that sailed from the Baltic Sea base of Baltiysk includes a destroyer, a tugboat, a tanker and two large amphibious vessels that could evacuate hundreds of people.

Another group of three navy ships departed Tuesday from Severomorsk, the main base of Russia's Northern Fleet on the Kola Peninsula. While their official mission is anti-piracy patrol in the Gulf of Aden, the ships will sail past the Syrian shores and may linger there if need be.

Earlier this year, Russia sent several ships to Tartus on a mission to evacuate its personnel and equipment, but authorities decided then that the situation in Syria didn't require such a move yet.

The latest naval deployment comes as the Russian Foreign Ministry said Tuesday that two Russians were kidnapped alongside an Italian in Syria and that their captors have asked for a ransom for their release. The three, who worked at a Syrian steel plant, were kidnapped late Monday on the road between Tartus and Homs.

The ministry identified those kidnapped as V. V. Gorelov, Abdesattar Hassun and Mario Belluomo and said the kidnappers have contacted the Hmisho steel plant by telephone and demanded a ransom for their release. It did not specify the amount.

Foreign Minister Sergey Lavrov, speaking in Tashkent, Uzbekistan, said "all necessary steps are being taken in Syria and other countries that may influence the situation," according to Interfax.

The kidnapping of foreigners has been rare, but as Syria descends further into chaos the abduction of Syrians has become increasingly common across many parts of the country.

Most of those kidnappings appear to have sectarian motives, part of tit-for-tat attacks between rebels and pro-regime gunmen. But there have been many cases of gunmen capturing wealthy people for ransom or settling personal scores.