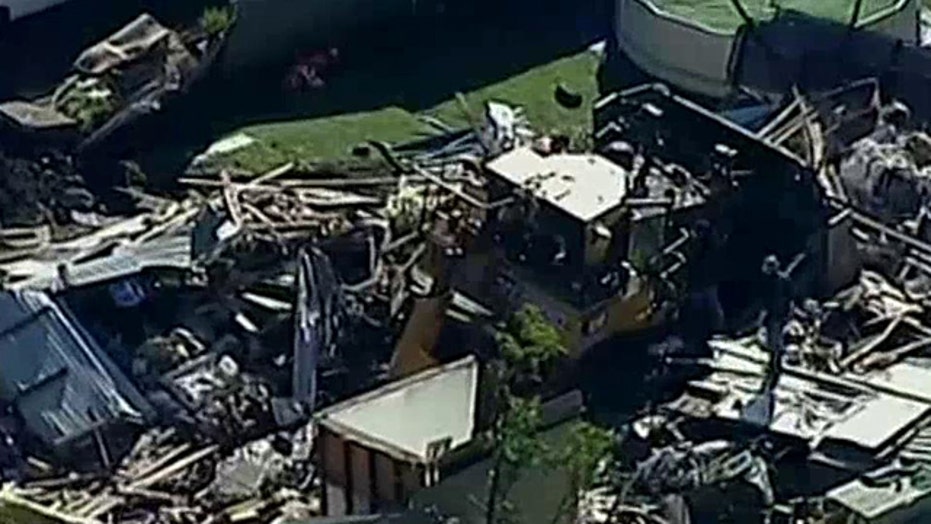 An Australian woman says she feared for her life when a man rammed a stolen bulldozer into her house, flattening it and damaging four cars in her driveway.

Deborah Kerr says she was at her home in Teralba, southwest of Newcastle, early Monday morning with two other people when she heard what she thought was a garbage truck making “banging” noises in front of the house. She saw a man driving a bulldozer who began screaming at her and her companions, Kerr told the Australian Broadcasting Company (ABC.)

"He screamed at us, we ran back in, locked the doors, the bulldozer went quiet and idle, we looked out the window, and when he [saw] us he abused us again and lifted up the bucket on the bulldozer and came straight for the house," Kerr said.

"We felt the house lifting as we got to the front steps. We were just on the veranda, coming out the front veranda, when the house started to lift," Kerr told reporters. She said she and the others ran from the house screaming.

When police arrived at the scene, an officer climbed onto the bulldozer after it got stuck, Inspector David Matthews said.

"He couldn't get into the bulldozer because the doors were secured so he smashed the window of the bulldozer and delivered an entire can of OC spray (pepper spray) into the cabin, which incapacitated the driver," Matthews said.

An officer used an emergency stop button to turn the bulldozer off, before he and another officer arrested the driver.

The unidentified suspect-- a 48-year-old man who apparently once lived with Kerr at her home-- was arrested at the scene.

The suspect also chased another man who had been sleeping in a shed near the house. "Our inquiries indicate that, initially, there was a 29-year-old male asleep in a shed at the back of the premises," Matthews told ABC. The suspect allegedly drove the bulldozer right at the man, chasing him into the backyard where he climbed a fence and took shelter.

Inspector Matthews said the man then drove the bulldozer through the back of house.

The suspect apparently stole the bulldozer from a local mine Sunday night, mining company Glencore said.

He’s been charged with 17 offenses, including destroying or damaging property with intent to endanger life, and breaching an apprehended violence order. He is expected to appear in Newcastle Local Court Tuesday.

"You could tell he wasn't going to stop at nothing," Kerr said.