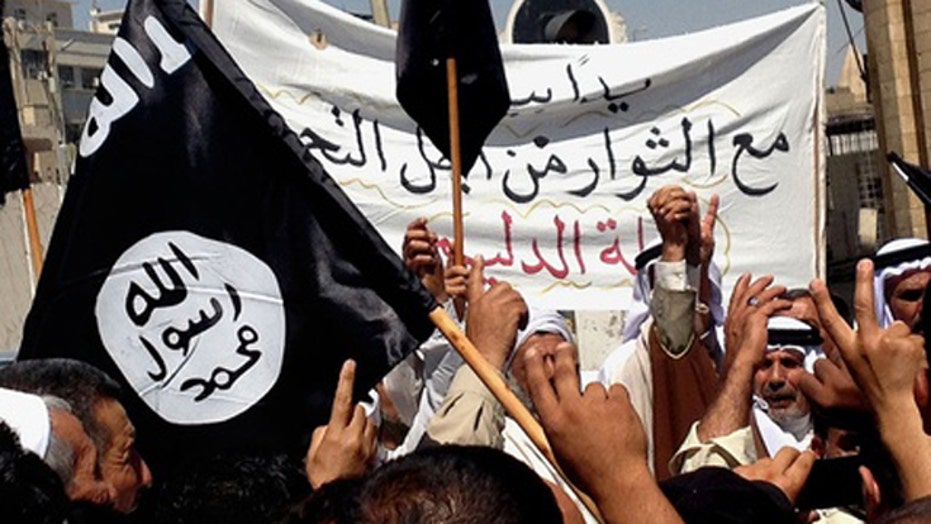 Reaction to call in online magazine

The four hostages known to have been beheaded earlier this year by the Islamic State militant group in Syria suffered severe physical torture before their deaths, according to a published report.

The New York Times says that hostages were severely beaten, starved, underwent mock executions, and were even waterboarded by their captors. The paper reports that the American and British hostages, including beheaded journalists James Foley and Steven Sotloff and aid workers David Haines and Alan Henning were singled out for the worst torture, largely because Washington and London have refused to pay the ransoms provided by other Western governments. The Times claims that the waterboarding was so dreaded by the hostages that their fellow prisoners were relieved if they came back from an encounter with their guards covered in blood.

"It was when there was no blood," a former cellmate told the paper, "that we knew he had suffered something even worse."

The Times report cites five former hostages, local residents who assisted the Westerners in the region prior to their capture, relatives of the captives and a former member of Islamic State, commonly known as ISIS.

The report also notes that Foley, whose recorded beheading shocked the world when it was released by ISIS in August of this year, converted to Islam while in captivity and adopted the name Abu Hamza. Former hostages told the Times that many of the Western hostages converted to Islam, though most only pretended to do so under duress. However, the former hostages claim that Foley's conversion was genuine, as was that of Peter Kassig, a former Army Ranger who adopted the name Abdul Rahman. Kassig has been named by his ISIS captors as the next person to die after the beheading of Henning earlier this month.

One hostage who apparently did not convert was Sotloff, who The Times reports continued to observe his Jewish faith, including on Yom Kippur, when he fasted.

In the initial months after the capture of Foley and John Cantile in November 2012, the Times reports that the group were passed from group to group in the midst of Syria's bloody civil war. It was not until earlier this year that ISIS in its current form assumed oversight of a group of 23 Western hostages, 19 men and four women. Eventually, the other European hostages were ransomed or released by their governments.

By this past June, the Times reports, the number of hostages had been reduced to seven: Foley, Sotloff, Kassig, Haines, Henning, Cantile, and an American woman whose identity has not been released. Of that group, three are believed to be alive: Kassig, the unknown woman, and Cantile, who has been drafted into being a sort of spokesman for the group, reading apparently scripted propaganda while wearing the orange jumpsuit seen in the now infamous beheading videos.