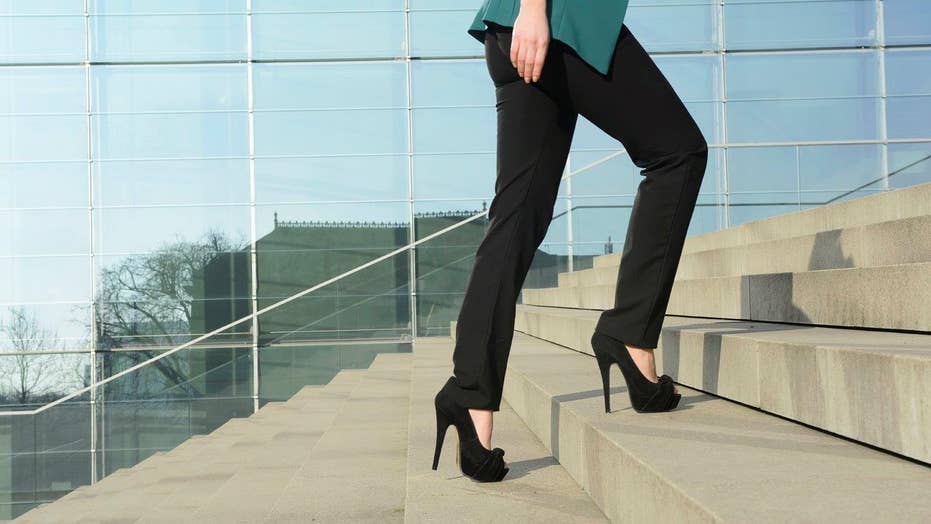 Battle over high heels in the workplace

She Said He Said: London receptionist says she was sent home without pay for not wearing heels to work

A London receptionist said she was sent home from her temporary job for refusing to wear high heels, the BBC reported on Wednesday.

Nicola Thorp, 27, was at her temporary job at PricewaterhouseCoopers when she was reportedly told by a supervisor that she had to change from her flats into heels that are between 2 and 4 inches. The accounting giant does not have a specific dress code policy, but her outsourcing firm, Portico, does have a dress code.

Portico told the BBC that Thorp signed its “appearance guidelines,” which management is now reviewing. PricewaterHouseCoopers said it is discussing the dress policy with Portico.

Thorp, an actress and self-proclaimed feminist, was reportedly looking for temporary work in-between acting gigs in December 2015. She said she was shocked when a supervisor told her to either go to a store and buy a new pair or go home without pay.

“I refused and was sent home without pay,” she told The Telegraph. “When I pointed out that my male colleague was allowed to work in flat shoes, and that I felt that I was being discriminated against, I was laughed at.”

Under current laws, workers can be dismissed if employers determine the employee is not dressed to standards. Thorp has since set up a petition, which has reportedly been signed by 50,000 people --  the number needed to trigger a government response.

“Dress code laws should be changed so that women have the option to wear flat, formal shoes at work if they wish,” she said. “Current formal work dress codes are outdated and sexist.”

Portico had "taken on board the comments regarding footwear and will be reviewing our guidelines," managing director Simon Pratt said.