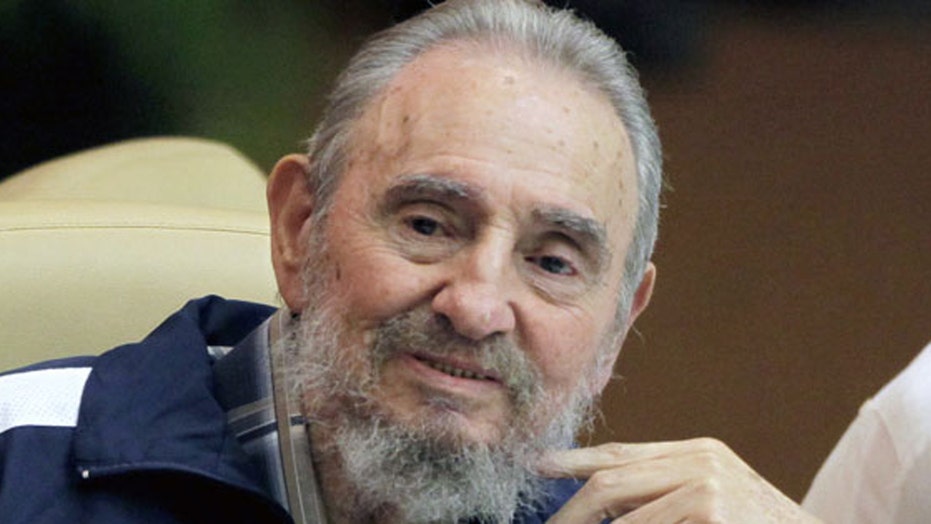 Castro's ashes to journey from Havana to Santiago, Cuba

SANTIAGO, Cuba – Cuban President Raul Castro said Saturday that his government will prohibit the naming of streets or public monuments after his brother Fidel in keeping with the former leader's desire to avoid the development of a personality cult.

The younger Castro told a crowd gathered to pay homage to Fidel Castro in the eastern city of Santiago that the country's National Assembly would pass in its next session a law fulfilling his brother's desire that, "once dead, his name and likeness would never be used on institutions, streets, parks or other public sites, and that busts statutes or other forms of tribute would never be erected."

A woman holds a picture of Fidel Castro before a rally honoring Cuba's leader on Dec. 3 in Santiago, Cuba. (AP)

Fidel Castro, who died Nov. 25 at 90, kept his name off public sites during his time in office because he said he wanted to avoid the development of a cult of personality. In contrast, the images of his fellow revolutionary fighters Camilo Cienfuegos and Ernesto "Che" Guevara have become common across Cuba in the decades since their deaths.

Raul Castro spoke at the end of a second massive rally in honor of Fidel as Cuba neared the end of its nine-day public mourning. Castro's ashes arrived Saturday afternoon in Santiago, ending a four-day journey across Cuba that began after a massive rally in Havana's Plaza of the Revolution.

People wait at the beginning of a rally to honor Cuba's Fidel Castro in Santiago, Cuba, Dec. 3. (AP)

Thousands of people welcomed the leader's remains to shouts of "Fidel! I am Fidel!" Then hundreds of thousands gathered in Santiago's Revolution Plaza Saturday night, cheering speeches by the heads of state-run groups of small farmers, women, revolutionary veterans and neighborhood watch committee members.

Mourning for Castro has reached near-religious peaks of public adulation across Cuba since his death, particularly in rural eastern Cuba. Huge crowds have been shouting his name and lining the roads to salute the funeral procession carrying his ashes from Havana to Santiago.