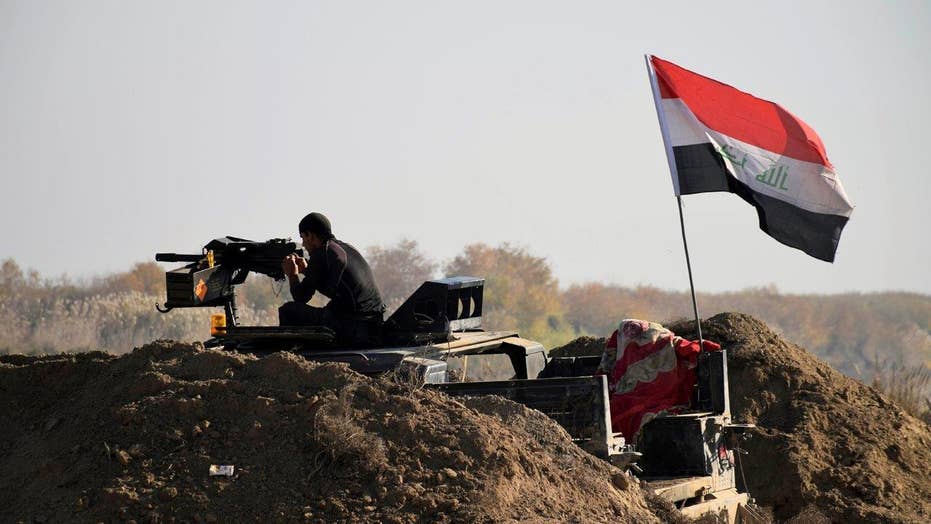 Gen. Scales: It's a long way from Ramadi to Mosul

Iraqi government forces scored a major victory when they took control from ISIS of the central government complex in the city of Ramadi on Monday.

But even as one Iraqi military spokesperson unequivically said earlier Monday that Ramadi had been "liberated," the head of Iraqi military operations in Anbar province cautioned against celebrating too early.

"The troops only entered the government complex," Gen. Ismail al-Mahlawi said. "We can't say that Ramadi is fully liberated. There are still neighborhoods under their control and there are still pockets of resistance."

That assessment contradicted Joint Operations Spokesman Brig. Gen. Yahya Rahsool's statement earlier in the day, that "Yes, the city of Ramadi has been liberated."

Rahsool did subsequently hedge his assertion, however.

"The Iraqi counter-terrorism forces have raised the Iraqi flag over the government complex in Anbar," he said, without noting any other specific land or buildings controlled by Iraqi forces.

Parts of the city remained under ISIS control, said al-Mahlawi, who estimated ISIS fighters still controlled 30 percent of Ramadi. Government forces also do not fully control many districts from which ISIS fighters have retreated, al-Mahlawi said.

"We congratulate the Iraqi Security Forces for their continued success against ISIL in Ramadi," he said. "The clearance of the government center is a significant accomplishment and is the result of many months of hard work by the Iraqi Army, the Counter Terrorism Service, the Iraqi Air Force, local and federal police and tribal fighters."

The complex was thought to have been the last holdout for a few dozen ISIS militia members who had tried to slow the Iraqi advance through the city with snipers and improvised explosive devices.

The capture of Ramadi, the capital of mainly Sunni Muslim Anbar province in the Euphrates River valley west of the capital, would deprive ISIS militants of their biggest prize of 2015.

The Iraqi Army had already retaken the city of Tikrit from the jihadists in the spring. Once the fall of Ramadi is complete, the final stronghold for ISIS in Iraq is Mosul in the north, which the government is likely to target next.

Officials did not give any immediate figures for the number of people killed in the battle. The government says most civilians were able to evacuate before it launched its assault.

Anbar provincial council member Falih al-Essawi called on the government to restore services to Ramadi quickly and start rebuilding the city to allow the return of the displaced.

"It will not be easy to convince families to return to a city that lacks basic human needs," he told Reuters.