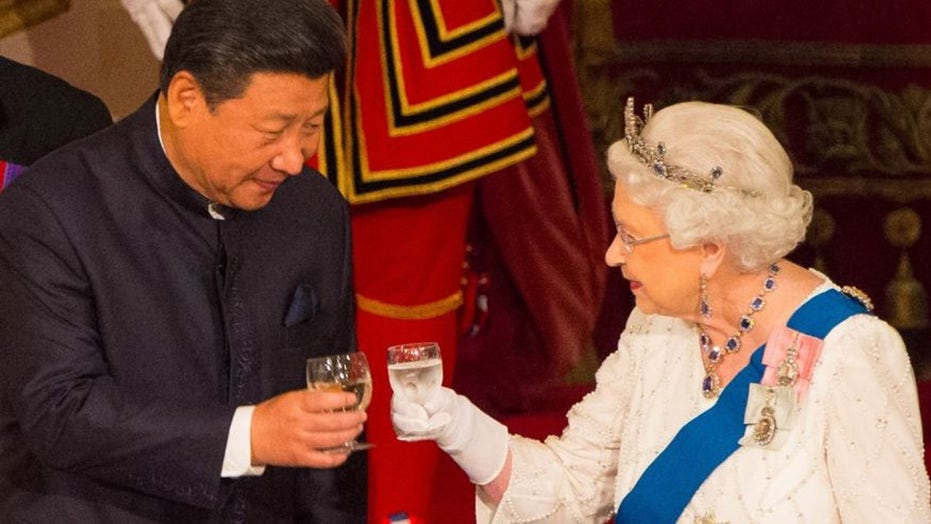 We are not amused: Queen calls Chinese officials 'very rude'

LONDON – Queen Elizabeth II has been overheard on video describing Chinese officials as "very rude to the ambassador" in a conversation with a senior police officer at a Buckingham Palace event celebrating her birthday.

The comments, which became public Wednesday, were unusual because the 90-year-old monarch has been careful to steer clear of politics during her long reign.

The incident, recorded by the palace's official cameraman, captured police Commander Lucy D'Orsi telling the queen that arranging the state visit by Chinese President Xi in October had been a "testing time."

Elizabeth responded: "They were very rude to the ambassador."

It was the second embarrassment from Tuesday's event, where Prime Minister David Cameron was overheard describing Nigeria and Afghanistan as "possibly the two most corrupt countries in the world."

"We do not comment on the queen's private conversations," said a palace official, who declined to be identified. "However, the Chinese state visit was extremely successful and all parties worked closely to ensure it proceeded smoothly."

The video showed an official introducing D'Orsi to the queen, and going on to say that the officer had been "seriously undermined by the Chinese" in the handling of the visit.

D'Orsi said Chinese officials walked out of a meeting with Barbara Woodward, British ambassador to China, telling them the trip was off.

"They were very rude to the ambassador," the queen said.

The remarks were recorded as the queen greeted guests in the gardens of Buckingham Palace at the 90th birthday event.

The Metropolitan Police said it would not comment on what it regards as a private conversation.

The camera also recorded Cameron talking about an anti-corruption summit in London, which he will chair.

Afghanistan's Ashraf Ghani and Nigeria's Muhammadu Buhari are due to attend the London summit and each has contributed an essay on his efforts to tackle graft.