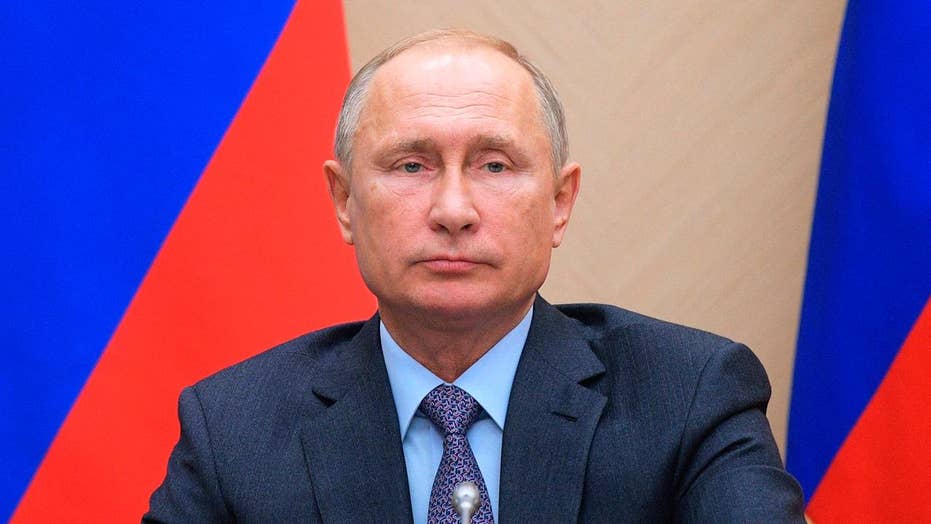 Does Trump canceling meeting with Putin change anything?

The explosion of rap music in Russia spurred President Vladimir Putin to call for cultural leaders on Saturday to devise a means of controlling its role for youth culture instead of an outright ban, saying it otherwise will lead to the decay of the nation.

The Russian leader made the comments during a meeting in St. Petersburg, where he told cultural leaders that they must come up with a means to "lead it and direct it," according to Sky News.

Putin noted that "rap is based on three pillars: sex, drugs and protest." But he is particularly concerned with drug themes prevalent in rap, saying "this is a path to the degradation of the nation."

He added that "drug propaganda" is believed to be worse than cursing.

Putin's comments came after a spate of concert cancellations by venue owners and across the country that have evoked Soviet-era censorship.

Rap artist Husky, who raps in Russian and whose songs have been critical of the government, was arrested last month and imprisoned for 12 days before a massive outcry led to his release, according to Reuters.

The 25-year-old claimed his concerts were canceled because officials objected to his lyrics, which focus on poverty, corruption and police brutality. After a concert was canceled on Nov. 21, he tried to perform on the roof of a car while surrounded by hundreds of fans before he was taken away by police.

On Nov. 30, rapper Gone.Fludd announced two concert cancellations, citing pressure from "every police agency you can imagine," while the popular hip hop artist Allj cancelled his show in the Arctic city of Yakutsk after receiving threats of violence.

The Russian leader on Saturday said that taking a heavy-handed approach to quell rap music is unproductive, and said the country would be better to take an alternative approach.

“If it’s impossible to stop something, you’ve got to take charge of it," he said.