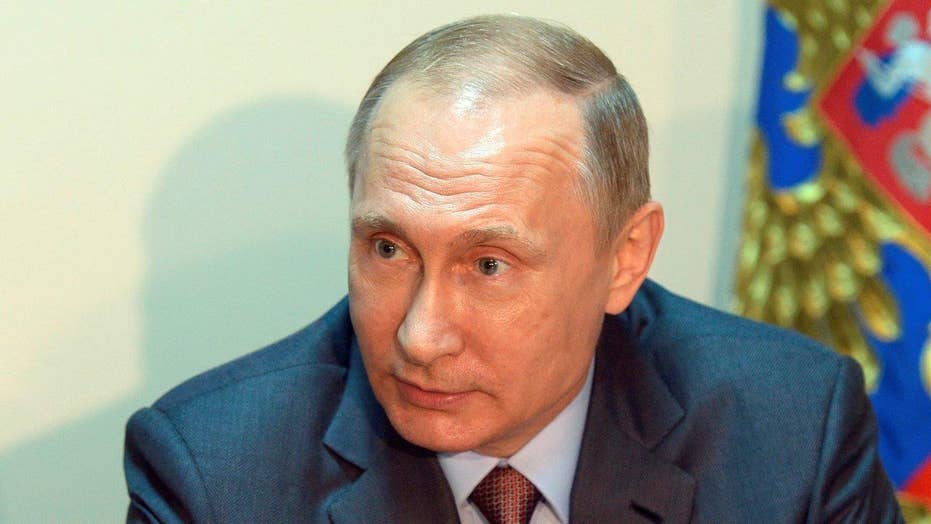 Russia is ordering all of its officials to fly home any relatives living abroad amid rising tensions over the prospect of a new world war, it’s been claimed.

Politicians and high-ranking figures are said to have received a high-level warning from tough guy president Vladimir Putin, according to local media.

The reported call to return  to the Motherland – which comes after Putin suddenly cancelled a visit to France – applies to all state employees.

Workers were reportedly told to pull their children out of school immediately, reports the Daily Star.

The top level order applies to administration staff, regional administrators, lawmakers of all levels and employees of public corporations.

Those that do not obey the edict will find the future employment prospects in tatters.

The reason for the urgent recall is unclear but one top analyst said it could be a hint war is on its way.

Russian political analyst Stanislav Belkovsky said: “This is all part of the package of measures to prepare elites to some ‘big war’.”

Putin cancelled a scheduled visit to Paris after French president François Hollande accused the Kremlin of war crimes in Syria.

Kremlin spokesman Dmitry Peskov said: “The President has made a decision to cancel this visit.”

British Foreign Secretary Boris Johnson has called on protesters to demonstrate outside the Russian embassy over the country’s brutal bombing of Aleppo.

Relations between Russia and the US are at their lowest since the Cold War and have soured in recent days after Washington pulled the plug on Syria talks and accused Russia of hacking attacks.