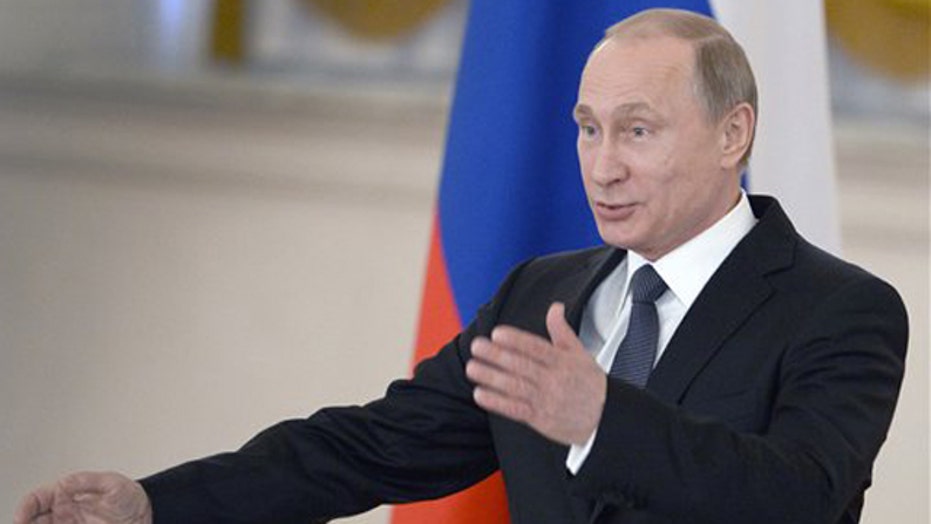 An outspoken opponent of Russian President Vladimir Putin was near death Friday from an apparent poisoning just three months after his close political ally was gunned down near the Kremlin, and supporters want him evacuated to Europe or Israel to determine what sickened him.

"I am deeply concerned about the mysterious illness of Vladimir Kara-Murza, especially given the recent murder of Boris Nemtsov and the number of Putin's opponents who have been poisoned."

Vladimir Kara-Murza Jr., who has long been based in Washington, was in a hotel in Moscow when he suddenly lost consciousness May 26 and was hospitalized with what his wife called "symptoms of poisoning." The 33-year-old is a coordinator for Open Russia, a nongovernmental organization which on the previous day released a documentary film accusing close Putin crony and Chechen strongman Ramzan Kadyrov of human rights abuses including torture and murder.

"Doctors have just confirmed that he was poisoned," Andrei Bystrov, an opposition activist and friend of the Kara-Murza family, told The Telegraph. "As to what with, they can't say yet. It could be anything."

Kara-Murza, a dual Russian-British citizen, was a close associate of opposition leader Boris Nemtsov, who was assassinated in February.

"I am deeply concerned about the mysterious illness of Vladimir Kara-Murza, especially given the recent murder of Boris Nemtsov and the number of Putin's opponents who have been poisoned," Rep. Chris Smith, R-N.J., said in a statement

Kara-Murza’s family was trying to get him evacuated to Europe or Israel for toxicology tests after hemodialysis failed to stop complete kidney failure.

“His condition has not improved since; he has not regained consciousness," his wife, Yevgenia, said in an e-mail to RFE/RL and other media outlets.

Kara-Murza’s father, a prominent journalist, told Russian media Thursday that "the situation appears to be more serious than we thought."

"His lungs are being artificially ventilated,” he said. “He is connected to 10 devices."

Kara-Murza's father is a journalist with RFE/RL’s Russian Service.

The activist's family was stopped short of raising public questions about whether foul play was involved.

"There is no criminal case so far, none has been opened because he is simply a normal patient who arrived at a Moscow hospital by ambulance. That’s his status, nothing more," his father told a radio station. "Our task right now is to bring him to a normal trajectory of recuperation. We’ll establish the cause [of the illness] later."

Chechen leader Ramzan Kadyrov, a close ally of Putin, was accused of torture and murder in the new documentary. (Reuters)

Open Russia was founded by Mikhail Khodorkovsky, an oil oligarch and Kremlin opponent who lives in Switzerland after he was pardoned by Putin in 2013 following 10 years in prison. Open Russia's new documentary accuses Kadyrov, a former rebel fighter who joined forces with the Kremlin in 2000, of participating in murders and torture in the North Caucasus republic.

Both the Kremlin and Kadyrov have denied involvement in the killing of Nemtsov, although Kadyrov praised the main suspect in the case, a former Chechen police officer, as a “patriot.”

U.S. Ambassador John Tefft said on Twitter that ""We are concerned about Vladimir Kara-Murza and urge that he receive the best medical care now."