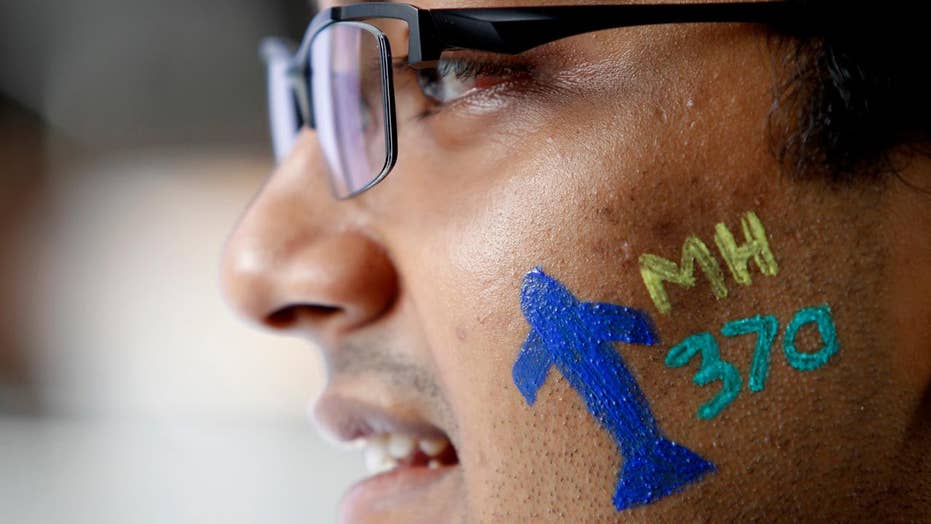 Services around the world remembering passengers of the Malaysia Airlines flight

A U.S. seabed exploration company has offered its services for a proposed new hunt for a Malaysia Airlines passenger jet that has been missing for more than three years.

Ocean Infinity, a Houston company specializing in deep-sea exploration, said Friday it was responding to pleas from families of the victims that the Malaysian government allow a private-sector search for the wreckage from Flight 370.

The company has offered to search for the plane using high-tech deep-sea drones fitted with sonar equipment.

“The terms of the offer are confidential, but I can ... confirm that Ocean Infinity have offered to take on the economic risk of a renewed search,” the company said. “We’re in a constructive dialogue with the relevant authorities and are hopeful that the offer will be accepted.”

“We’re in a constructive dialogue with the relevant authorities and are hopeful that the offer will be accepted.”

The flight from Kuala Lumpur, Malaysia, to Beijing disappeared March 8, 2014, with 239 passengers and crew members aboard. The cause remains unknown.

Calls for a private-sector began in January, after Malaysia, Australia and China suspended their joint three-year search of the southern Indian Ocean. They canceled the operation after scouring 46,000 square miles (120,000 square kilometers) of ocean and failing to find any signs of Flight 370.

So far, however, the governments of Malaysia, Australia and China haven’t expressed interest in a renewed search, suggesting the search area was too massive to justify spending more of taxpayers’ money. The three-year search cost $160 million.

But a group called Voice370, which supports the families of the victims, backs the private-sector proposal. It claims the U.S. company made an exploration offer in April and “would like to be paid a reward if and only if it finds the main debris field.”

Voice370 branded the private plan as a “win-win offer,” and has asked the Malaysian government to explain its delay in making a decision.

Earlier this month, Malaysian Airlines CEO Peter Bellew said “advances in science” and “the availability of artificial intelligence that’s coming on stream” will lead to finding the missing Boeing 777, the Australian reported.

“(There are people) who are spending a lot of their own resources at the moment and coordinating with authorities. ... I do think somebody will make a breakthrough somewhere around this, or a combination of people,” he told the Australian.

The plane’s wreckage is most likely within a 97,000-square-mile (25,000-square-kilometer) area, far southwest of Australia, on the northern boundary of the most recently searched area, says an international board of experts, who based their analysis on airliner debris that washed up on a beach in the western Indian Ocean.

Australia joined the search for the airliner because it was believed to have crashed in the country’s zone of search and rescue responsibility.

“Malaysia, as the state of registry for the aircraft, retains overall authority for any future search and any questions regarding possible future search efforts should be directed there,” his office said in a statement.

“Australia stands ready to assist the Malaysian government in any way it can.”