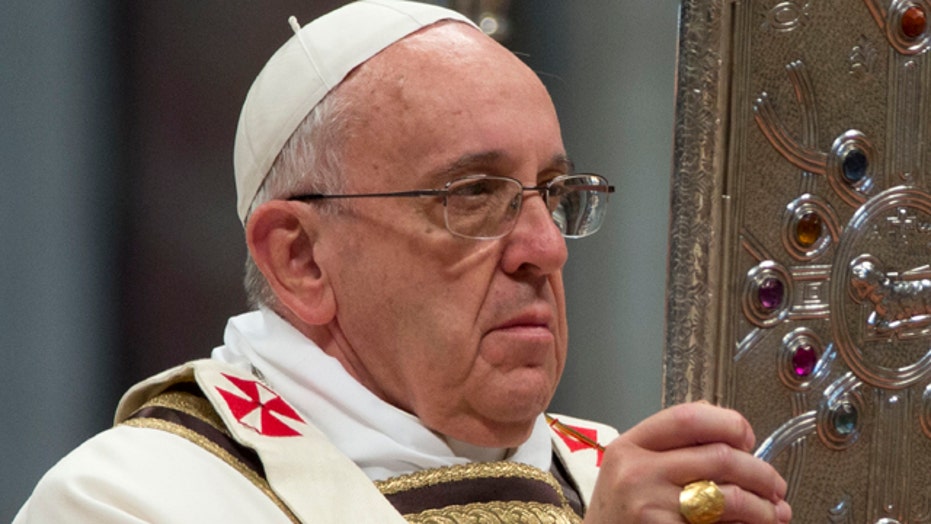 Pope Francis is marking Holy Week with his usual break from tradition: going off script to speak to crowds gathered in St. Peter’s Square for Palm Sunday and posing for “selfies” with the crowd.

“We’re seeing in this first year of his Papacy is much of what we saw in John XXIII and John Paul II,” Sirico said.

Both popes were seen as bringing a “new, different personality” to the Vatican. Later this month, Francis will declare his predecessors saints.

Many Vatican experts have debated whether Francis will make any fundamental changes to church doctrine on controversial issues like same-sex marriage, contraception, and allowing priests to marry.

Sirico says he doesn't see that happening any time soon.

“Very few popes fundamentally change the church in any dramatic way,” Sirico said. “They’ll institute new programs, but I would argue thus far John Paul II has had more of an impact on the world historically than Pope Francis has yet to date.”

Sirico points out, however, that Francis is trying to change the way people perceive the church. “He’s trying to show the Papacy is open and inclusive … trying to bring people closer to Christ.”

Francis is attempting to “show his humanity,” Sirico believes, by reaching out and connecting to a younger generation.

“Everybody that I know who knows him … say he is completely spontaneous and he will not be filtered,” Sirico said. “He’s not the kind of person you can say ‘here are your five talking points – don’t deviate from them’ when speaking.”

Watch the full interview with Father Robert Sirico above.