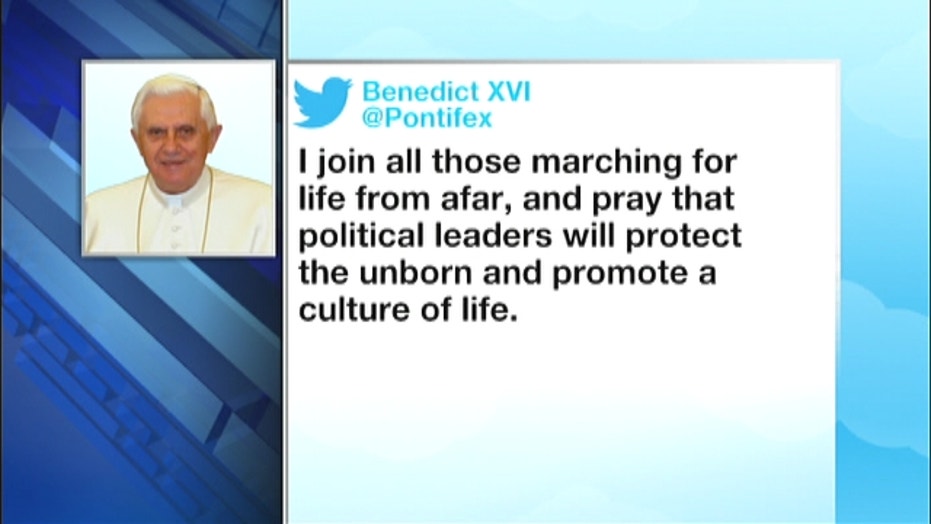 Pope Benedict XVI tweets his support for March For Life.

Pope Benedict XVI is giving a shout-out to an anti-abortion rally in Washington, tweeting that politicians should protect the unborn and "promote a culture of life."

Benedict sent the message Friday as thousands of people gathered at the National Mall and in front of the U.S. Supreme Court to commemorate the 40th anniversary of the landmark court decision that created a constitutional, nationwide right to abortion.

Tweeting in nine languages, Benedict wrote: "I join all those marching for life from afar, and pray that political leaders will protect the unborn and promote a culture of life."