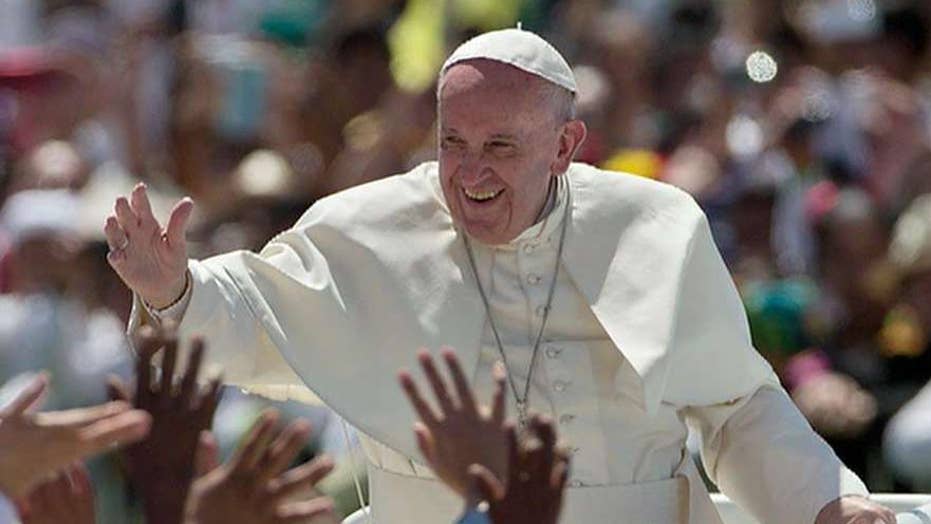 Pope to meet with US church officials on sex abuse scandal

Pope Francis is set to meet at the Vatican with top church officials from the U.S. on Thursday about sexual abuse and cover-up accusations.

A delegation of U.S. cardinals and bishops is going to the Vatican Thursday to meet with Pope Francis over a sex abuse and cover-up scandal in America roiling the Catholic Church.

In addition, embattled Washington Cardinal Donald Wuerl, who is facing calls to step down over his handling of sex-abuse cases, revealed he will travel to Rome to meet with the pope "very soon" to discuss his possible resignation -- which the cardinal had proposed two years ago.

DiNardo has said he wants Francis to authorize a full-fledged Vatican investigation into ex-Cardinal Theodore McCarrick, who was removed as cardinal in July after a credible accusation he groped a teenager.

DiNardo also has said recent accusations that top Vatican officials — including the pope — covered up for McCarrick deserve answers.

Francis in July ordered McCarrick, 88, to a lifetime of penance and prayer pending the outcome of a canonical trial into the groping allegation involving a teenage altar boy in the 1970s.

After the allegation was publicized in June, it emerged that it was apparently an open secret — including at the Vatican — that McCarrick routinely invited seminarians and young priests into his bed and abused them. 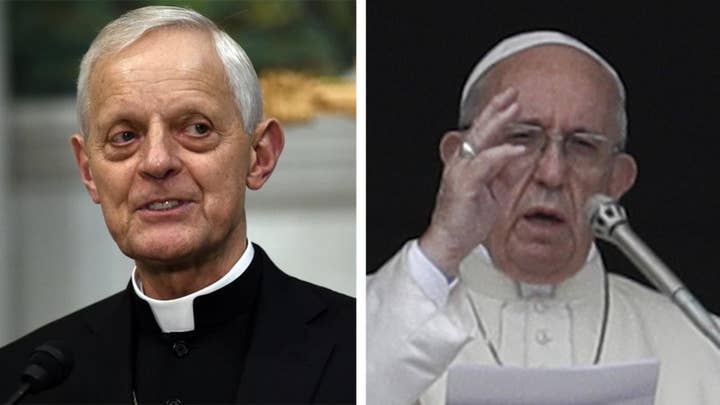 Specifically, Viganò accused Francis of rehabilitating McCarrick from canonical sanctions imposed on him by Benedict in either 2009 or 2010, according to his recollection. The Vatican hasn’t responded to the accusations, but presumably the “clarifications” it has promised will come sometime after Francis meets with the top U.S. church leadership this week.

Francis has refused to comment directly about Viganò’s claims, but nearly every day over the past two weeks his homily at morning Mass has seemed somewhat related to the scandal.

On Tuesday, he drew Satan into the fray, suggesting that the devil was behind Viganò’s revelations.

“In these times, it seems like the ‘Great Accuser’ has been unchained and has it in for bishops,” he said. “True, we are all sinners, we bishops. He tries to uncover the sins, so they are visible in order to scandalize the people.”

Bishops, he said, should be men of prayer, and should know they were chosen by God and keep close to their flock.

The McCarrick scandal comes after revelations in a Pennsylvania grand jury report on rampant sex abuse in the Catholic Church in August. Hundreds of priests were said to have molested more than 1,000 children since the 1940s and senior church officials, including the current archbishop of Washington, D.C., allegedly covered up the abuse.

Francis has met with Cardinal Wuerl, under fire over both the McCarrick scandal and for mishandling some abuse cases exposed in the recent Pennsylvania grand jury report when he was bishop in Pittsburgh.

Wuerl actually offered to resign two years ago when he turned 75, so the decision on when he leaves rests with Francis alone. 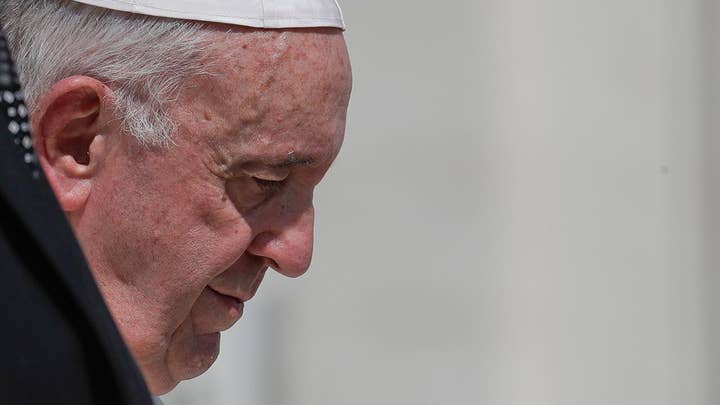 Tuesday Wuerl told D.C. priests that he would meet very shortly with Francis to discuss potential next steps.

In other eyebrow-raising comments Tuesday, a top aide to both Francis and Benedict said the sex abuse scandal was such a game-changing catastrophe for the church that it amounted to the church’s “own 9/11.”

Archbishop Georg Gaenswein told a book presentation that he by no means was comparing the scandal to the nearly 3,000 people killed in the U.S. 17 years ago Tuesday, on Sept. 11, 2001.

But he said the years-long scandal, and recent revelations in the Pennsylvania grand jury report, showed just “how many souls have been wounded irrevocably and mortally by priests from the Catholic Church.”

“Today, even the Catholic Church looks full of confusion at its own 9/11, at its own Sept. 11, even though this catastrophe isn’t associated with a single date but rather at so many days and years, and innumerable victims,” he said.

While no one has attacked churches with airplanes full of passengers, Gaenswein said, recent news from the U.S. “sends a message that is even more terrible than the sudden collapse of all the churches of Pennsylvania together with the Basilica of the National Shrine of the Immaculate Conception in Washington.”

Gaenswein, who serves as secretary to Benedict and prefect of Francis’ papal household, was speaking at a presentation of a book by conservative American author Rod Dreher, who has been at the forefront in reporting on the recent scandal over McCarrick and Viganò.

Gaenswein recalled that during a 2008 trip to the U.S., Benedict spoke from the National Shrine to denounce the “profound shame” and pain that abuse had caused the Catholic community. Benedict is credited with having turned around the Vatican on the issue of sex abuse while he was cardinal, forcing bishops around the world to send all their cases to him for review because they weren’t sanctioning abusers.

Gaenswein’s said Benedict’s admonition was “apparently in vain, as we see today.”

“Neither the lament of the Holy Father nor the formal assurances and commitments pledged by a large part of the hierarchy has been able to contain the evil,” he said.