Pope Francis honored journalists killed in the line of duty, saying that press freedom is a strong indicator of a country's overall health.

During a speech to the Italian Foreign Press Association in Rome, the head of the Catholic Church urged journalists to shun fake news and report more on the plight of people who don't make daily headlines but are suffering still.

“I listened in pain to the statistics about your colleagues killed while carrying out their work with courage and dedication in so many countries to report on what is happening in wars and other dramatic situations in which so many of our brothers and sisters in the world live,” he said.

“Freedom of the press and of expression is an important indicator of the state of a country’s health,” he continued. “Let’s not forget that one of the first things dictatorships do is remove freedom of the press or mask it, not leaving it free.” 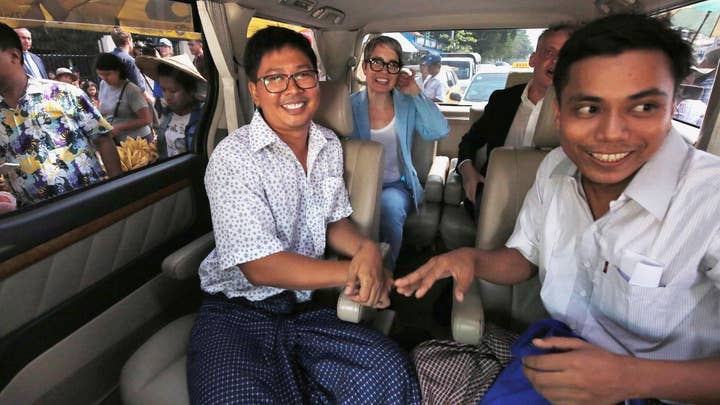 According to Reuters, Francis had just heard the association's president talk about journalists who have been captured or killed while doing their jobs, including Washington Post columnist Jamal Khashoggi, killed in the Saudi consulate in Istanbul last year, and Maltese journalist Daphne Caruana Galizia, who died in a car bomb in 2017.

The pontiff also made reference to the media’s role in investigating the Catholic Church’s sexual abuse crisis, saying: “The Church holds you in esteem, also when you put your finger in a wound, even if the wound is in the Church community.”