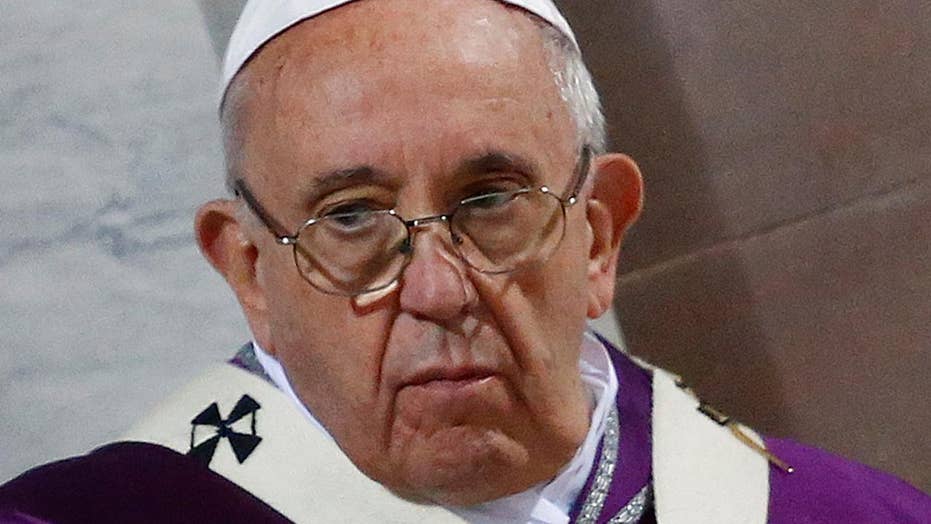 In a move that could transform the Catholic Church, Pope Francis has said he’s open to the possibility of ordaining married men to minister in remote communities facing priest shortages.

In an interview with Germany’s Die Zeit newspaper published this week, the pope said the church should study whether so-called “viri probati” – or married men of proven faith – could be ordained as an answer to the shortage of priests around the world. He called it an “enormous problem” that must be resolved.

"We must consider if viri probati is a possibility. Then we must determine what tasks they can perform, for example, in remote communities," he was quoted as saying.

Francis, however, stressed that removing the celibacy rule mandated to priests is not an answer to the priest shortage.

The Latin rite already allows some married non-Catholic clergymen who become Catholics to be ordained.

In a decree signed by Cardinal Leonardo Sandri, the prefect of the Congregation for Oriental Church, on June 14, 2014, priests in the eastern rite Catholic Church were allowed to be married, joining married Anglican priests who convert to Catholicism, The National Catholic Register reported.

Clerical marriage, meaning priests who marry once ordained, is not allowed by the church. It is unclear if Francis would issue a decree to allow “viri probati” throughout the church.

A POLITICAL POPE IS ALSO GROWING THE RANKS OF THE FAITHFUL

The "viri probati" proposal has been around for decades, but it has drawn fresh attention under history’s first Latin American pope thanks in part to his appreciation of the challenges facing the church in places like Brazil, a huge Catholic country with an acute shortage of priests.

Brazilian Cardinal Claudio Hummes, a longtime friend of Francis and former head of the Vatican’s office for clergy, is reportedly pressing to allow viri probati in the Amazon, where the church counts around one priest for every 10,000 Catholics.

CUTE PUP ADOPTED BY MONASTERY MELTS HEARTS AROUND THE WORLD

Francis has shown particular openness to receiving concrete proposals for ordaining married men, reportedly saying in private in 2014 that it could be left for bishops to decide depending on the situation, The Register reported.

Francis also has shown his own pastoral concern for men who have left ministry to marry.

He has maintained friendship with the Argentine widow of a friend who left the priesthood to marry, and he spent one of his Friday mercy missions last year visiting with men who had left ministry to start families.

He also has said that while he favors a celibate priesthood, celibacy technically can be up for discussion since it’s a discipline of the church, not a dogma.

Francis said the church should be “fearless” in confronting change.

“Truth means not to be afraid,” he said. “Fears close doors, freedom opens them. And if freedom is small, it at least opens a little window.”

In the first major interview that Francis has given a German newspaper, the pope was asked whether he experienced moments in which he doubted the existence of God. He responded: "I, too, know moments of emptiness."

But, he pointed out that periods of crisis are an opportunity to grow, saying a believer who doesn’t experience that remains "infantile."

Francis also repeated his warning of the dangers of rising populism in western democracies, saying "populism is evil and ends badly as the past century showed."

In the interview, Francis also confirmed Colombia was on his travel itinerary for 2017 as well as India and Bangladesh. He ruled out Congo, which had been rumored, but mentioned Egypt as a possibility. Francis also recently said he hoped to visit South Sudan.