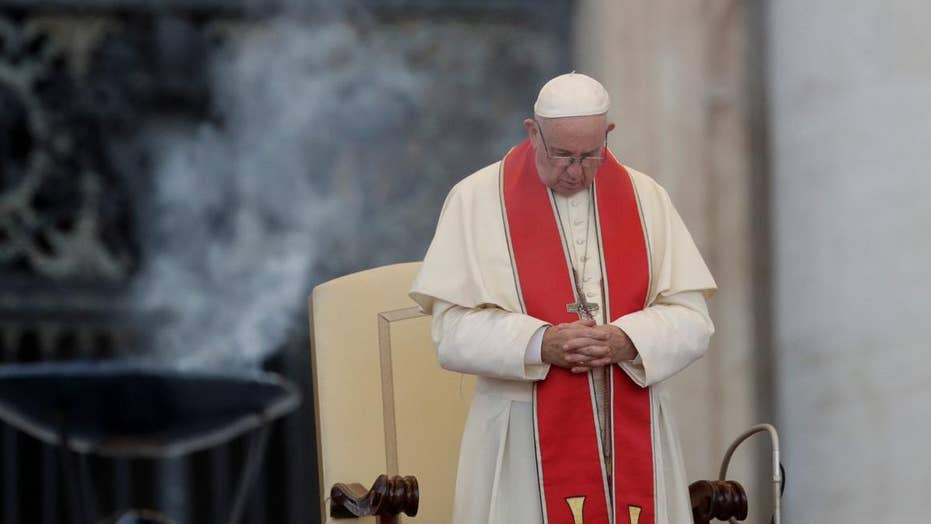 Pope Francis has updated the Catholic Church’s catechism to deem the death penalty ‘inadmissible;’ a departure from the church’s previous teachings.

Pope Francis, in a reversal of church teaching, said in a new policy published Thursday the death penalty is always “inadmissible” because it “attacks” the dignity of all people.

Previously, the Catechism of the Catholic Church said it didn’t exclude recourse to capital punishment “if this is the only possible way of effectively defending human lives against the unjust aggressor.” The new teaching now states there are other ways to protect common good.

“Consequently the church teaches, in the light of the Gospel, that the death penalty is inadmissible because it is an attack on the inviolability and dignity of the person,” the new policy reads.

The Vatican defended the policy, saying it wasn’t contradicting past teaching but evolving it.

“If, in fact the political and social situation of the past made the death penalty an acceptable means for the protection of the common good, today the increasing understanding that the dignity of a person is not lost even after committing the most serious crimes,” said Cardinal Luis Ladaria, prefect of the Congregation for the Doctrine of the Faith.

Francis has long been an opponent of the death penalty, saying it could never be justified no matter how bad the crime is.

At a 2017 ceremony marking the 25th anniversary of the publication of the catechism, Francis said the death penalty violates the Gospel and amounts to the voluntary killing of a human life, which “is always sacred in the eyes of the creator.”