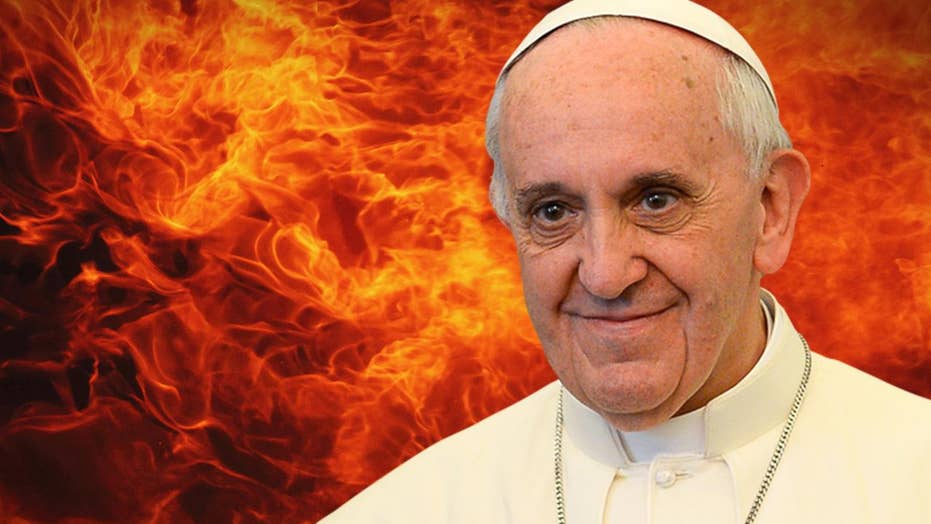 The Holy See is vehemently denying reports that Pope Francis denied the existence of Hell.

Pope Francis’ cryptic comment Tuesday that he's thinking about when it's time to “take my leave” is raising speculation Francis could follow in the footsteps of his predecessor in retiring from the papacy.

Francis made the remarks during his morning homily Tuesday, and, as is the norm, the Vatican didn't release the full text but only selected excerpts, the Associated Press reported.

Francis was reflecting on a biblical passage of St. Paul discerning when it was time to leave his flock in the care of others, a decision Francis said all bishops must make at some point.

"When I read this, I think about myself, because I'm a bishop and I'll have to take my leave," the excerpts quoted Francis as saying.

The pope added that bishops shouldn't consider their vocation as "climbing in an ecclesiastic career." Rather, he reminded them they are shepherds caring for a flock, and that at a certain point the time will come to turn the flock over to someone else.

"I think about the bishops, of all the bishops. May the lord give the grace to all of us to be able to take our leave this way, with this spirit and strength," he said.

Francis previously has said his predecessor, Pope Benedict XVI, "opened a door" to future popes to retire when he resigned in 2013. While the 81-year-old Francis has said he didn't envisage a long papacy, he hasn't said explicitly if he'd follow in Benedict's footsteps and retire.

Francis may have also been referring to Chilean bishops implicated in a sex abuse cover-up scandal, according to the Associated Press. Francis opened three days of an emergency summit with the 34 Chilean bishops Tuesday, and there is widespread expectation that at least some of them will offer to resign by the end of it.

The Vatican has said that during their first meeting, Francis gave the bishops a list of themes to meditate on, and that the time between now and their next meeting Wednesday would be devoted "exclusively to meditation and prayer."

It appeared that Francis was guiding the bishops through a Jesuit-style examination of conscience. This internalized self-critique has been on display in recent years when Francis has issued a brutal public dressing down of the Vatican bureaucracy at Christmas.