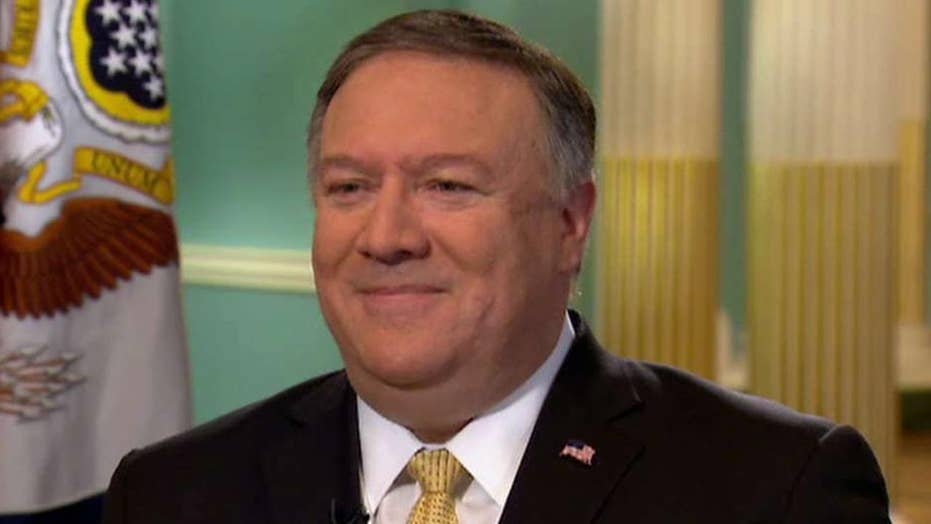 Secretary of State Mike Pompeo called on Venezuelan security forces to “do the right thing” and let humanitarian aid into the country as protesters attempting to deliver supplies from neighboring Colombia and Brazil were met with tear gas Saturday.

In a statement, Pompeo condemned attacks by armed backers of President Nicolas Maduro against civilians and urged security forces to support the Venezuelan constitution and the rule of law.

“Now is the time to act in support of the needs of the desperate Venezuelan people. We stand in solidarity with those continuing their struggle for freedom,” Pompeo tweeted.

Vice President Mike Pence plans to meet with the country’s self-declared leader Juan Guaido in Colombia on Monday. Pence also will meet with members of the Lima 20, a group of regional conservatives who recognize Guaido as Venezuela’s legitimate president.

Guaido on Saturday asked Venezuelan troops to defect to the opposition.

“How many of you national guardsmen have a sick mother?” Guaido said, standing alongside a warehouse where some 200 tons of mostly U.S.-supplied boxes of food and medicine was stockpiled. “How many have kids in school without food?”

“How many of you national guardsmen have a sick mother? How many have kids in school without food?”

Demonstrators and security forces clashed at various border crossings throughout the South American nation on Saturday. Troops blocked convoys of U.S. aid from crossing the Venezuela-Colombia border at the Simon Bolívar International Bridge. Venezuelans were begging soldiers to be allowed to cross, according to the BBC. Attempts to bring aid into the country descended into chaos as security forces fired on demonstrators and aid trucks were set ablaze. 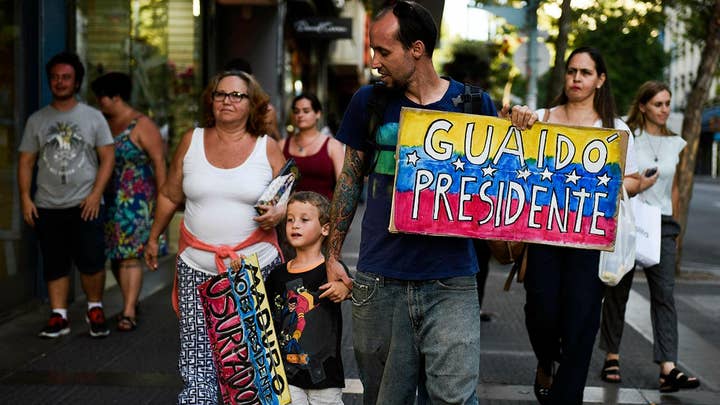 "People are saving the bulk of what's on the first truck, and looking after the humanitarian aid that Maduro the dictator ordered burned," opposition lawmaker Gaby Arellano told Agence France-Presse about a truck set ablaze near the Santander crossing connecting Cucuta, Colombia, and Urena, Venezuela.

Two people were killed and more than 300 people were wounded at various border crossings. Venezuelan troops near the Colombian border abandoned their posts as confrontations with protesters became violent.

Humanitarian aid from the U.S. has resulted in a standoff between Maduro and Guaido, who called on the international community to prepare for all possibilities with regard to Maduro.