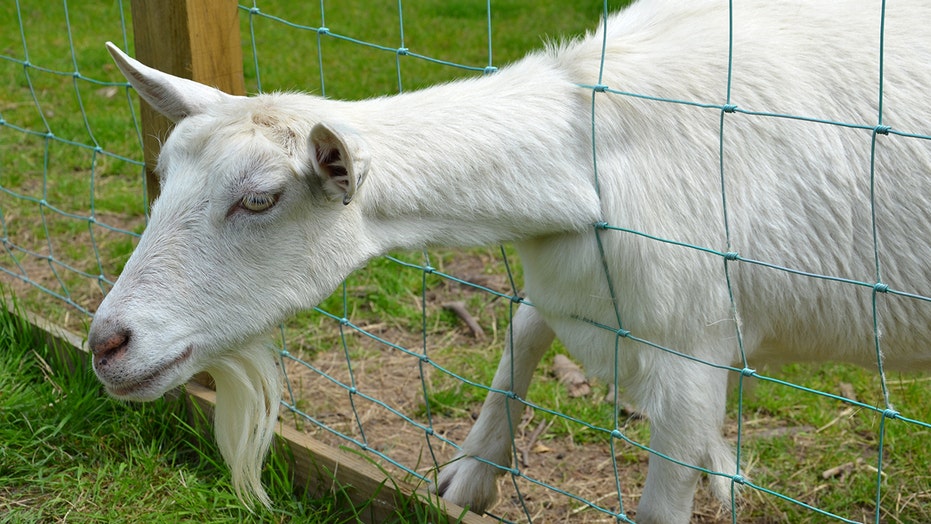 Screams coming from the woods in rural Ottawa thought to be a distressed child turned out to be a bleating goat that was having a "baaaad day," according to police.

Canadian police responded to a resident's call last week who said they heard a child calling for help in a wooded area near his property, CBC News reported.

Officers searched in the dark for a child but didn't find anything, that is until they knocked on a neighbor's door who accounted for her three children.

A goat with its head stuck in a fence was screaming last week when a neighbor called the police, thinking it was a child in distress.

When her husband walked in, he told the authorities "his goat had been screaming earlier."

The farmer found his goat with its head stuck in the fence.

He told officers "the sound could be mistaken for a child screaming," and after the officers investigated it themselves they concluded: "Sure enough, it was exactly where the complainant reported the sound coming from."

Although it ended up being a lighthearted situation, authorities reminded the public to take caution.

"All kidding aside, police are reminding residents to report suspicious activity immediately so we can check it out," officers said. "It’s always better to be safe than sorry."