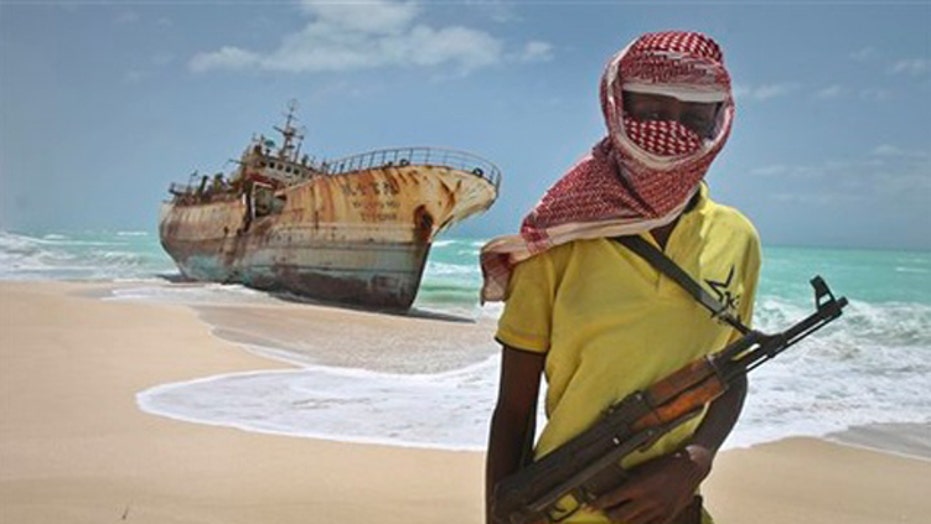 The attack on the C-Retriever ship, which is owned by Louisiana-based Edison Chouest Offshore, happened early Wednesday, UK-based security firm AKE and two security sources told Reuters. The ship is around 200 feet long and was sailing near Brass, Nigeria, in the Gulf of Guinea.

The captain and the chief engineer of the C-Retriever reportedly were the ones onboard who were kidnapped.

The Associated Press reported Friday that rebels in Nigeria's troubled and oil-rich Niger Delta claimed to be in contact with the kidnappers and said they could help ensure their safety.

"Obviously our concern is their safe return," she said. "At this point we do not have information that would indicate this was an act of terrorism."

A law enforcement official also told Fox News that the FBI is involved in the investigation and they believe it could be ransom case.

"The biggest fear is that the kidnappers make it to shore with the two Americans," the official said. "And it looks like they may have. That is certainly not ideal."

The pirates attacked the ship after a separate, unrelated attack on a Nigerian security boat that killed members of the Nigerian military's Joint Task Force, gCaptain reports.

“This is the second attack on a security boat in the past three days,” the site’s source said.

Edison Chouest did not immediately return a request for comment from gCaptain Wednesday.

Nigeria's navy says they are searching for the kidnapped men. They have reported freeing at least two hostages this year and killing several pirates in counter attacks. An American kidnapped from the oil-refining city of Warri last year was freed after a week in captivity.

"The piracy threat is spreading even further through the waters of West Africa, and the attacks have been mounting, even as global rates of reported piracy are at their lowest since 2006," Michael Frodl of the U.S.-based consultant C-Level Maritime Risks told Reuters.

West African leaders met in Cameroon in June and called for the creation of an international naval force to help patrol the waters in the region.

"I urge the international community to show the same firmness in the Gulf of Guinea as displayed in [Somalia's] Gulf of Aden, where the presence of international naval forces has helped to drastically reduce acts of piracy,” Ivory Coast President Alassane Ouattara said at the time, according to the BBC.

The Gulf of Guinea, where the C-Retriever was attacked, is reportedly more dangerous to sailors than the waters of Somalia on the eastern side of Africa.

The International Maritime Bureau (IMB), a non-profit group that fights maritime crime, said 960 sailors were attacked in waters off West Africa in 2012 compared to 851 in Somalia, the BBC reports.

An IMB report released last Thursday says through the first three quarters of 2013, the Gulf of Guinea region has recorded more than 40 pirate attacks and has accounted for all 34 crew kidnappings worldwide. Seven ships have been hijacked in the region and 132 crew members have been taken hostage, the report added.