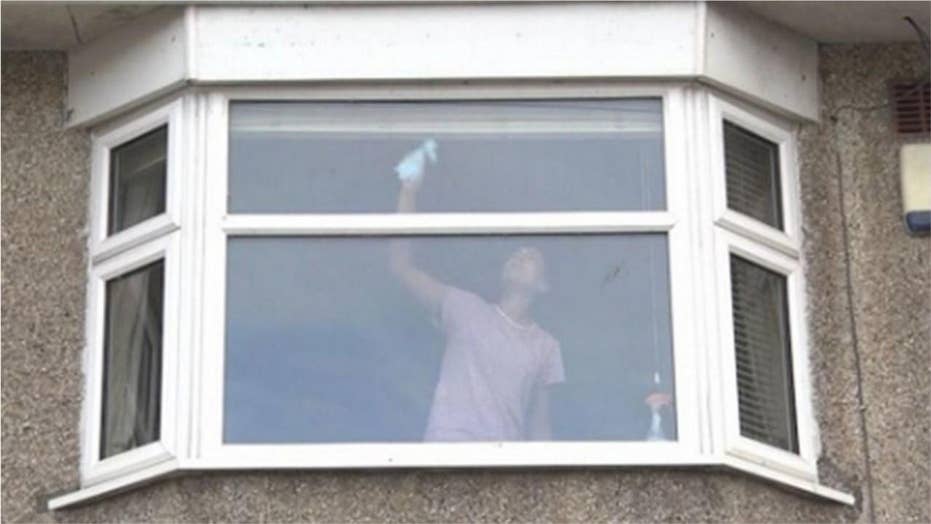 UK police are informing members of the public about how to spots signs of modern day slavery through social media campaign.

British police have shared this seemingly innocent image of a woman cleaning a window - but can you spot what's wrong with it?

Across the U.K., members of the public are being warned to be vigilant if they spot someone carrying out household jobs - because the real reason could be much more sinister.

In the image, a woman can be seen in a large bay window wiping the glass.

But in a shock warning, Avon and Somerset Police said: "Do you see someone who is always inside the home cleaning? They are also never out of the home on their own?

"This could be an indicator of domestic servitude. Many victims won’t know they’re being exploited and need you to be a voice for them."

Domestic servitude is a form of modern slavery, the other indicators of which can include victims being dropped off and collected by one vehicle, isolation, poor living conditions and signs of abuse.