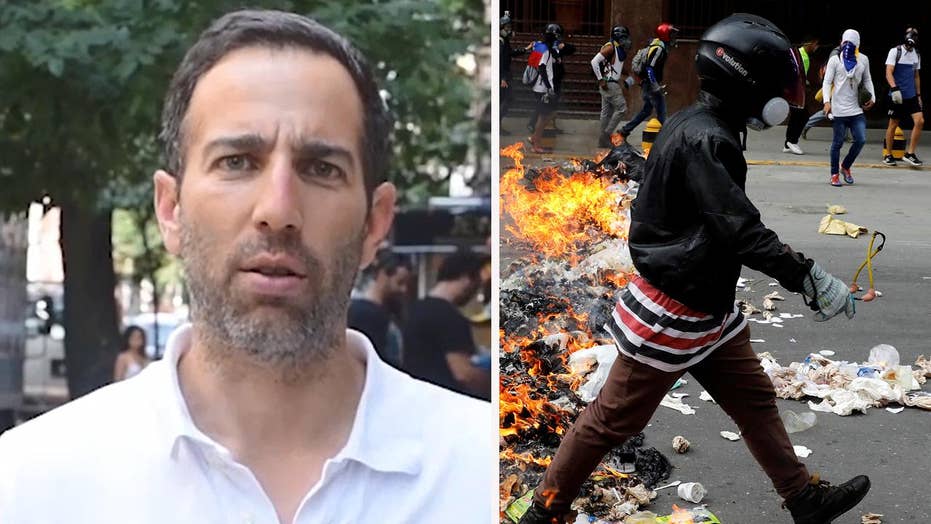 Ami Horowitz: Venezuela is what income equality looks like

Venezuelan President Nicolas Maduro has introduced a “Rabbit Plan” that encourages people to start eating rabbits rather than keep them as pets in a bid to tackle the country's food shortages.

Venezuela has been ravaged by an ongoing economic crisis spurred by the socialist policies of Maduro and his predecessor, the late former President Hugo Chavez.

Low supplies of food and medicine are leaving millions of people starving and desperate for medical treatment. A study published earlier this year reported that roughly 75 percent of Venezuelans lost an average of 19 pounds in the last year due to food shortages, Fox News reported.

Appearing on state television, Maduro suggested people should start eating rabbits as a less expensive alternative to other meat, the BBC reported.

“For animal protein, which is such an important issue, a 'rabbit plan' has been approved because rabbits also breed like rabbits,” he said.

The plan was devised as a fight back against an alleged economic war waged against the country by foreign governments, especially the U.S. and President Donald Trump, NPR reported.

But the move to start consuming rabbits has run into a “cultural problem,” according to Freddy Bernal, Venezuela’s minister of urban agriculture, who also appeared on the television program.

After Maduro gave rabbits to 15 communities as a pilot program to feed the country, most people decided to keep the animals as pets.

“When he came back, to his surprise he found people had put little bows on their rabbits and were keeping them as pets, it was an early setback to Plan Rabbit,” Bernal said, according to the BBC, noting that most people “took them to bed.”

“There is a cultural problem, because we have been taught that the rabbit is very nice. But seeing it from the point of view of the (economic) war, one rabbit arrives and in two months we have a rabbit of two and a half kilos,” he added.

Bernal also said the government needs to begin a campaign in the media “so that the people understand that rabbits aren't pets but two and a half kilos of meat.”

The “Rabbit Plan” prompted stark condemnation from the opposition, which called the program a “bad joke” and said Maduro believes the people are “stupid.”