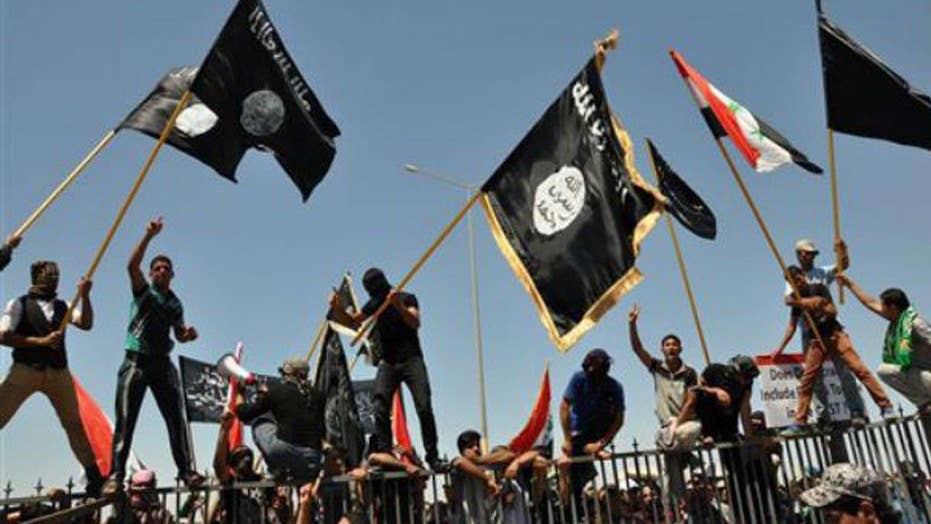 Kurdish Peshmerga forces – arguably the most effective ground troops battling the Islamic State terror group in Iraq – have been fighting for the past three months without a paycheck, according to experts and a top official from the region.

“Unless we get direct [financial] support, we will not be able to continue the way we are currently doing so,” Qubad Talabani, Deputy Prime Minister for the Kurdistan Regional Government (KRG), said at a forum held by the Foundation for Defense of Democracies (FDD) in Washington on Wednesday.

A lack of direct financial support isn’t the only problem, according to Talabani. The Kurdish-controlled area of Northern Iraq also has been forced to absorb a loss of more than $100 million a month in declining oil revenues and diminished support from the central Iraqi government in Baghdad.

"There are not a lot of jobs. Most of the days I can’t find work."

“The situation is dire. People are not getting paid. Including their frontline troops,” said John Hannah, a senior counselor with the FDD and former national security advisor for former Vice President Dick Cheney, told Foxnews.com.

Hannah said the Kurds “have a lot of issues,” including a bloated government that was built on the expectation of a $100 per barrel of oil. The KRG has also taken on almost two million refugees, on top of a population of only five million Kurds, which has put an incredible strain on their finances.

“They're facing incredible burdens with few good options for relief. They have been cut off from any of their budget from Baghdad, and have no easy access to international debt markets or to the international donor community since they are not a sovereign state,” Hannah said. This shortfall has affected not just Peshmerga fighters, but public service like teachers and healthcare workers.

But sources familiar with the KRG’s current financial issues say it’s likely they are actually losing hundreds of millions more than officials say. And the lack of payments to Kurdish forces is becoming more of a problem.

Some fighters have reportedly gone home to visit their families without returning to the combat zone. Many have begun to look for work elsewhere. Some have pulled double duty, refusing to quit the battle by day but moonlighting as cab drivers or laborers at night.

"When I come [home] from the frontlines, I have to work because of my family’s needs. It is my responsibility," Haval Muhammed, 28, a Peshmerga fighter from the Sulimani area, told Foxnews.com.

Muhammed says he has two disabled daughters, leaving his wife unable to get a job. Along with his Peshmerga work, he said he often finds work in home construction when he’s back from the fighting - if the work is available. "There are not a lot of jobs," he said. "Most of the days I can’t find work, people don't have money to build houses."

Qubad Talabani, Deputy Prime Minister for the Kurdistan Regional Government (KRG), said at a forum held by the Foundation for Defense of Democracies (FDD) in Washington on Wednesday that if they don’t receive direct financial support soon the Peshmerga will not be able to keep up the current levels of defense.

KRG officials say that despite the lack of payment, a majority of the Peshmerga have not given up the fight.

“We are facing many challenges. International community has helped us but we need more,” Farhan Jawhar, head of the KRG’s Cultural Committee, recently told FoxNews.com. “We need more money… two years ago [this] started, we are fighting the same enemy as Baghdad, but they cut our funds.

“The salaries for the Peshmerga haven’t been paid. How do we stay here fighting?”