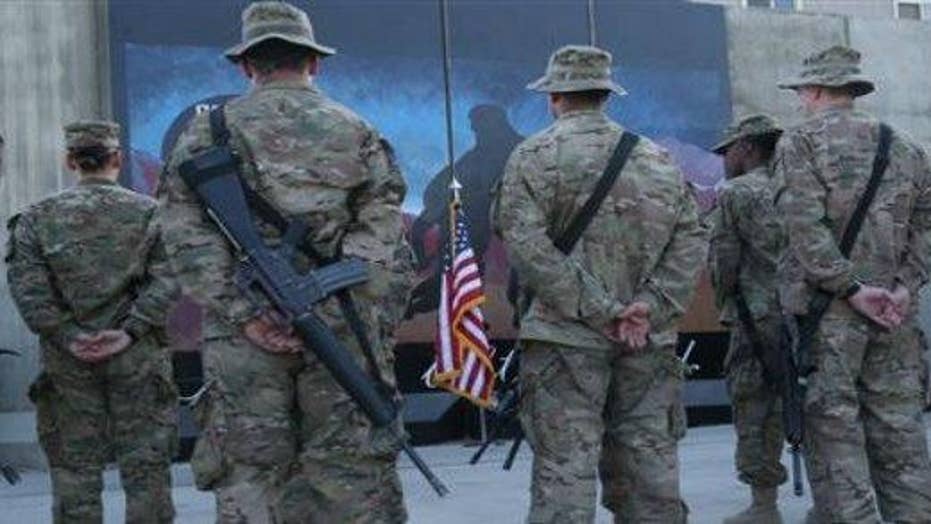 First report of US service member injured in Syria

Reaction from Naveed Jamali, reserve officer with the Office of Naval Intelligence

The Pentagon announced Tuesday that for the first time since the U.S. sent special operations forces into Syria last year, an Islamic State attack wounded an American service member there.

In both cases, Davis said the service members were hit by “indirect fire.” There also were reports that one of the attacks was an ISIS car bomb.

Davis would not reveal the extent of the injuries. He said the troops were not returned to duty, and that both were hurt during “advise and assist” missions away from the “front line.”

The Pentagon has acknowledged more than 5,000 U.S. troops on the ground in Iraq.

"At the three-star [coalition] headquarters level, we may not have perfect fidelity on what happens every minute of every day out there in the wilds of Syria,” Col. Steve Warren said Friday.