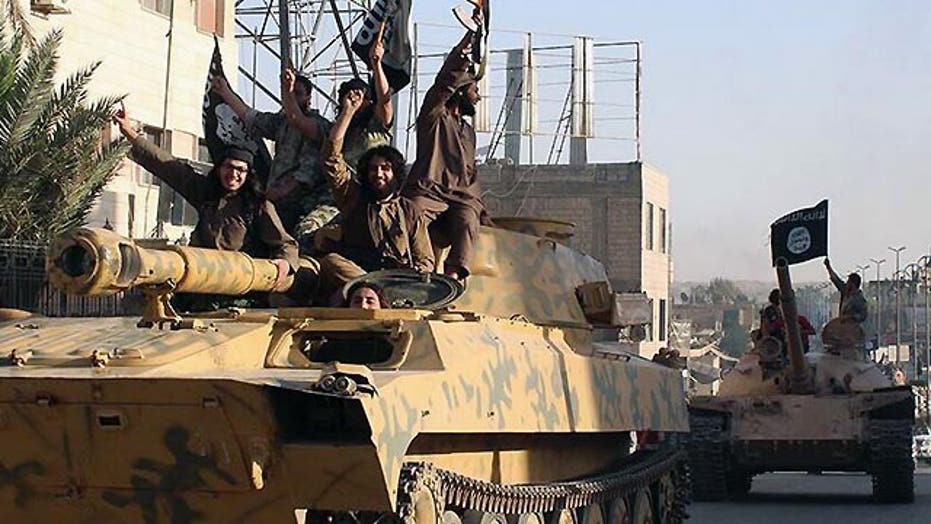 One official who had seen the latest intelligence reports from the region told Fox News Thursday that the victims had "blisters" that matched the symptoms of other victims of mustard gas. The intelligence community was continuing to investigate the reports, which were first made public by the German defense ministry.

This is the first reported incident of ISIS using chemical weapons since the terror group came to prominence last year. Senior U.S. officials told The Wall Street Journal that ISIS may have obtained the mustard gas in Syria, whose Damascus government admitted to having large stockpiles of the chemical when it agreed to give up its chemical weapons arsenal in 2013. Another U.S. official left open the possibility that ISIS had taken the mustard gas from old weapons stockpiles that belonged to former Iraqi leader Saddam Hussein and weren't destroyed.

According to the Journal, U.S. intelligence officials believed ISIS had seized a small amount of mustard gas prior to Wednesday's reported attack, though that assessment had not been made public. Now, the paper reports, officials fear that ISIS could discover more hidden caches of chemical weapons elsewhere in Syria as troops loyal to Bashar al-Assad lose ground in the country's bloody civil war.

On Thursday, Alistair Baskey, a spokesman for the White House's National Security Council, said the U.S. is taking the allegations "very seriously" and seeking more information about what happened. He noted that IS had been accused of using such weapons before.

"We continue to monitor these reports closely, and would further stress that any use of chemicals or biological material as a weapon is completely inconsistent with international standards and norms regarding such capabilities," Baskey said in a statement.

Earlier Thursday, Kurdish officials said their forces, known as peshmerga, were attacked the day before near the town of Makhmour, not far from Irbil. Germany's military has been training the Kurds in the area, and the German Defense Ministry said some 60 Kurdish fighters had suffered breathing difficulties from the attack — a telltale sign of chemical weapons use. But neither Germany nor the Kurds specified which type of chemical weapons may have been used.

Although the U.S. and its coalition partners are mounting airstrikes against ISIS in an effort to dislodge it from territory seized in Iraq and Syria, they are relying on local forces like the Kurds, the Iraqi military and others to do the fighting on the ground.

Mustard gas, which was first used in World War I, is only deadly in large quantities. However, exposure to it can cause painful burns and blisters, and even immobilize those affected. The Journal reported that U.S. intelligence officials do not believe ISIS fighters have obtained either sarin or VX gas, both of which are far deadlier.

At the United Nations, U.S. Ambassador Samantha Power said the U.S. was speaking with the Kurds who had made the allegations to gather more information. She said that if reports of chemical weapons are true, they would further prove that what IS calls warfare is really "just systematic attacks on civilians who don't accord to their particularly perverse world view."

"I think we will have to again move forward on these allegations, get whatever evidence we can," Power said.

She added that as a result of earlier chemical weapons use by the Syrian government, the U.S. and its partners now have advanced forensic systems to analyze chemical weapons attacks. She said anyone responsible should be held accountable.

Similar reports of chemical weapons use by ISIS had surfaced in July. Intelligence agencies have also stated that they believe ISIS used chlorine gas as part of attacks in Iraq.

Word of the White House's probe into possible chemical weapons use by ISIS came as President Barack Obama was vacationing with his family in Martha's Vineyard in Massachusetts. Also on Thursday, IS militants claimed responsibility for a truck bombing at a Baghdad market that killed 67 people in one of the deadliest single attacks there since the Iraq War.