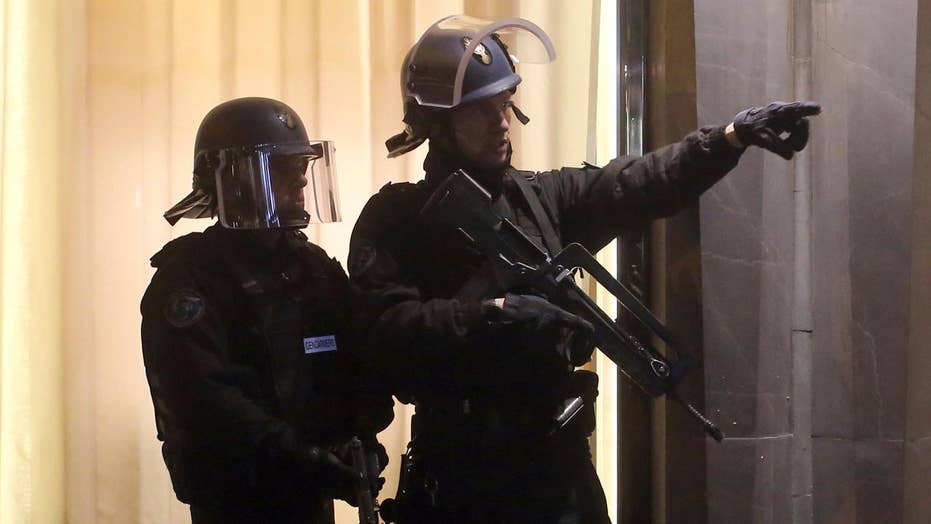 The Islamic State group has claimed responsibility for the Thursday night attack that killed a Paris police officer and injured two other officers and a tourist on the Champs-Élysées. Officials haven’t said if they believe the credibility of the ISIS claim, but they believe the reported Islamic radical was operating alone.

Here’s a look at other terror attacks in France over the past few years:

?      January 7, 2015: Two brothers killed 11 people inside the Paris building where the satirical magazine “Charlie Hebdo” is headquartered in what ISIS extremists claim is retaliation for the publication of cartoons about the Prophet Muhammad. More people are killed subsequently in attacks on a kosher market in eastern Paris and on police. There are 17 victims in all, including two police officers. The attackers are killed.

?      November 13, 2015: ISIS fighters kill 130 people in France’s worst atrocity since World War II. A series of suicide-bomb and shooting attacks is launched on crowded sites in central Paris and the northern suburb of Saint-Denis, including outside the Stade de France during a soccer match. Most of those killed were at a crowded Eagles of Death Metal concert in the Bataclan theatre. Islamic State extremists claim responsibility and say it was in retaliation for French participation in airstrikes on the militant group’s positions in Syria and Iraq. It leads to the declaration of a state of emergency in France. Police powers are expanded.

?      June 13, 2016: Two French police officers are murdered in their home in front of their 3-year-old son. ISIS claims responsibility for the attack carried out by a jihadist with a prior terrorist conviction. He is killed by police at the scene.

?      July 14, 2016: During Bastille Day celebrations in the French Riviera city of Nice, a large truck is driven into a festive crowd, killing 86 people. The driver is shot dead. ISIS extremists claim responsibility for the attack. The state of emergency in France is extended. Extra protection, including robust barriers to prevent similar attacks, is put in place at major sites in France.

?      July 26, 2016: Two ISIS fighters attack a church during morning Mass in the small town of Saint-Étienne-du-Rouvray in western France, slitting the throat of the 85-year-old priest and wounding an 86-year-old parishioner. One nun escapes and gives the alert, and police shoot both attackers as they leave the church.