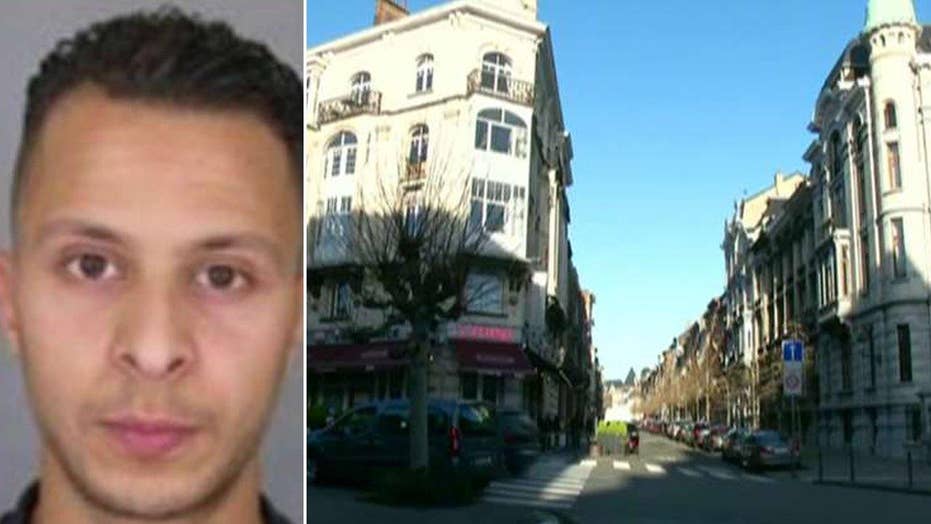 Belgian prosecutors said Friday that police searched an apartment they believe was used as a factory to make explosives used in the November terror attacks in Paris.

The search, which took place Dec. 10 in the Schaerbeek neighborhood of the Belgian capital, turned up handmade belts that could be used to carry explosives and the fingerprint of Paris attacks fugitive Salah Abdeslam, the Federal Prosecutor’s Office said in a statement.

Police also found material that could be used to make explosives as well as traces of TATP, which is a highly volatile explosive.

The prosecutor’s office said the apartment had been rented under a false identity that may have been used by one of 10 people arrested in Belgium in connection with the attacks that killed 130 people in Paris.

Three suicide bombers were among the Paris attackers, including Abdeslam’s brother Brahim.

Belgian police have been on a manhunt for Abdeslam ever since the Paris attacks. Police waited two days after the attacks to raid another apartment where they thought he may have been hiding. However, that search didn’t locate Abdeslam, and police later admitted no one knows where he could be.

A Belgian police source told AFP in December that Abdeslam sent a text message to the getaway drivers to pick him up following the attacks. Hamza Attou and Mohamed Amri allegedly told police they didn’t expect the messages and helped him innocently.

Abdeslam threatened to blow up the car if they didn’t return him to Brussels, which made the men believe he was wearing an explosive device. Abdeslam wasn’t actually wearing a device and on the way to the Belgian capital, but did brag about killing people with a Kalashnikov.

Attou and Amri were eventually arrested.

The latest evidence of an explosive device might signal that a suicide bombing was planned at some point in Brussels.