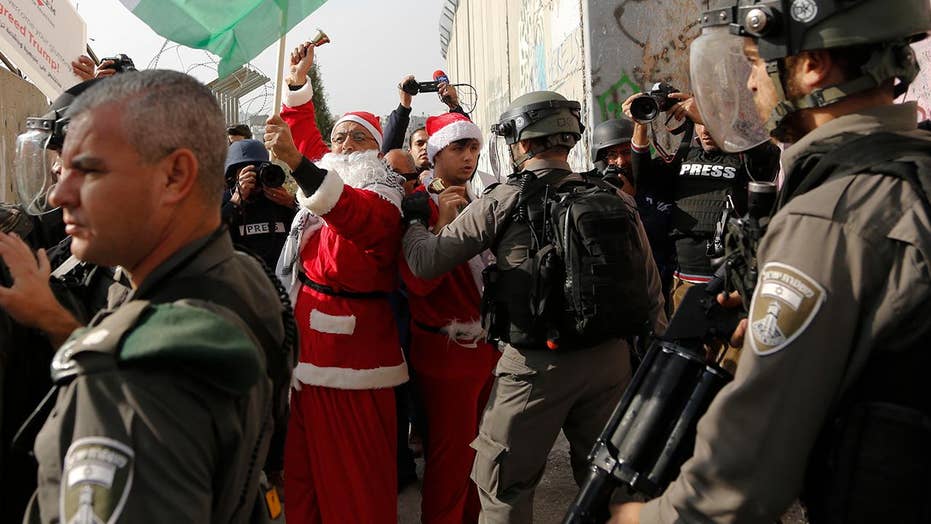 Palestinians try to use the holiday to make a political statement; Conor Powell reports from Jerusalem.

JERUSALEM – Palestinians are preparing to celebrate Christmas in the West Bank city of Bethlehem, the historic birthplace of Jesus.

Sunday's festivities are being held against the backdrop of protests over President Donald Trump's declaration of Jerusalem as the capital of Israel.

Vatican officials crossed an Israeli military checkpoint from Jerusalem ahead of midnight Mass at the Church of the Nativity.

Hundreds of locals and foreign visitors gathered in Manger Square as bagpipe-playing Palestinian Scouts paraded past the Christmas tree. Accompanying the decorations this year is a banner protesting Trump's Jerusalem declaration.

Mayor Anton Salman says he hope this Christmas is especially festive, "because we want to show the people that we are people who deserve life, deserve our freedom, deserve our independence, deserve Jerusalem as our capital."