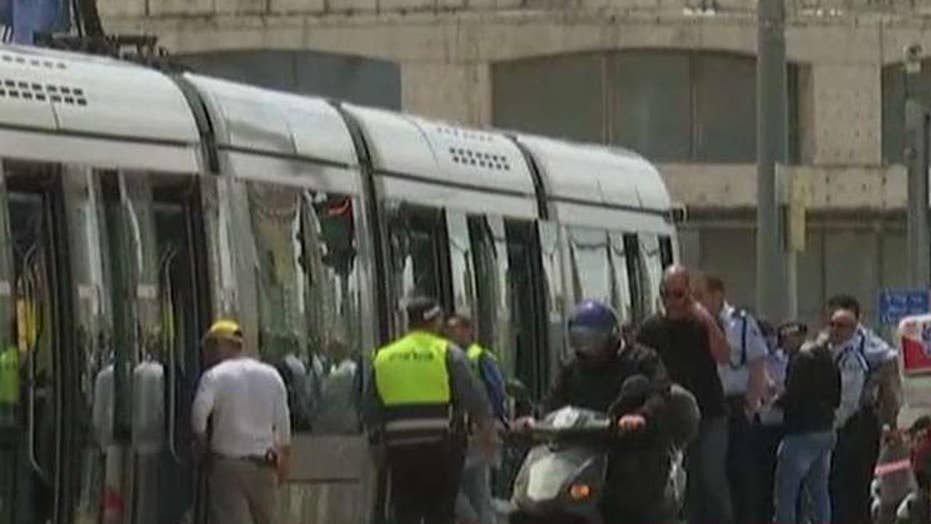 Attacker was a Palestinian man who was subdued and arrested

The Israeli ambassador to the UK has named a British woman stabbed to death in Jerusalem as Hannah Bladon.

Israel's ambassador to London Mark Regev tweeted: "My thoughts are with the family and friends of UK student Hannah Bladon, who was murdered in a senseless act of terror in Jerusalem today."

The 21-year-old exchange student was stabbed to death by a Palestinian man in Jerusalem.

She was travelling on the Jerusalem Light Rail near Old City when she was attacked.

The Foreign Office has said: "We can confirm the tragic death of a British national in Jerusalem. We are providing support to her family at this difficult time and are in touch with local authorities."

Bladon, a Birmingham University religious studies student, was partway through an exchange program with the Hebrew University of Jerusalem.

The Rothberg International School confirmed she had been taking classes in bible studies, archaeology and Hebrew during her exchange programme.

They described her as "an inquisitive and adventurous student who made the most of her opportunity to learn and experience life in Israel."

The University of Jerusalem has condemned what it calls "an act of terror" on "a student who came to Jerusalem to study and widen her academic horizons."

After starting her exchange in late January, she had been due to continue her studies in Jerusalem until the end of September.

On the first day of her studies in January, Bladon posted a photo of the Dome of the Rock on the Temple Mount in the Old City of Jerusalem along with a message to her friends asking how she was getting on.

She wrote on her Facebook page: "Thanks guys. I'm ok thanks! Security is really tight on campus so no worries at mo! Managed to see a lot of sites before starting my classes today so defo having a great time! Xx".

Police spokesman Micky Rosenfeld told Sky News the assailant got on the train at Damascus Gate, before taking a knife out of his bag and stabbing the victim "multiple times in the upper part of the body".