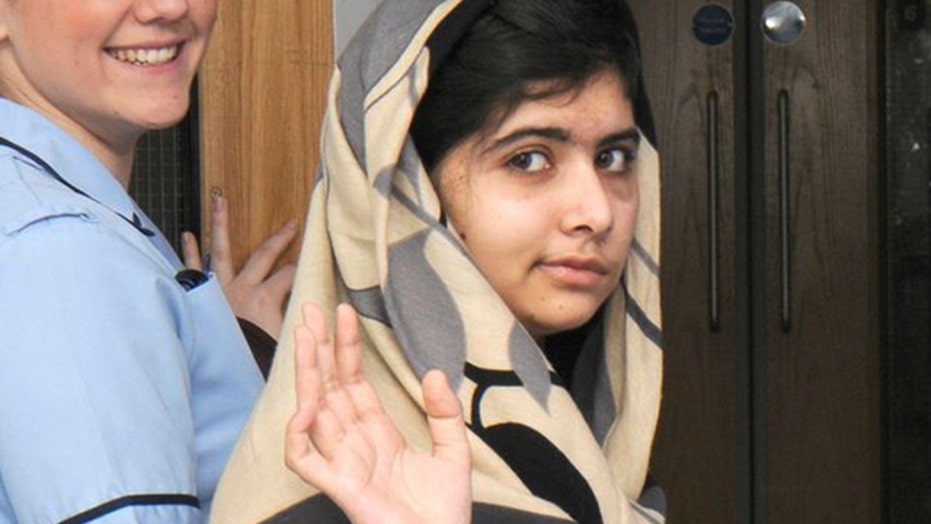 Her survival has become an international symbol for freedom

LONDON – Pakistani schoolgirl Malala Yousufzai has been discharged from a British hospital where she had been receiving treatment for nearly four months after being shot in the head by the Taliban.

Birmingham's Queen Elizabeth Hospital said Friday that Malala has been released after "making good recovery" from her surgery and will now continue her rehabilitation at her family's temporary home in Birmingham and visit the hospital occasionally for outpatient appointments.

Malala was shot on Oct. 9 on the way home from school by Taliban angered at her objection to the group's interpretation of Islam, which limits girls' access to education.