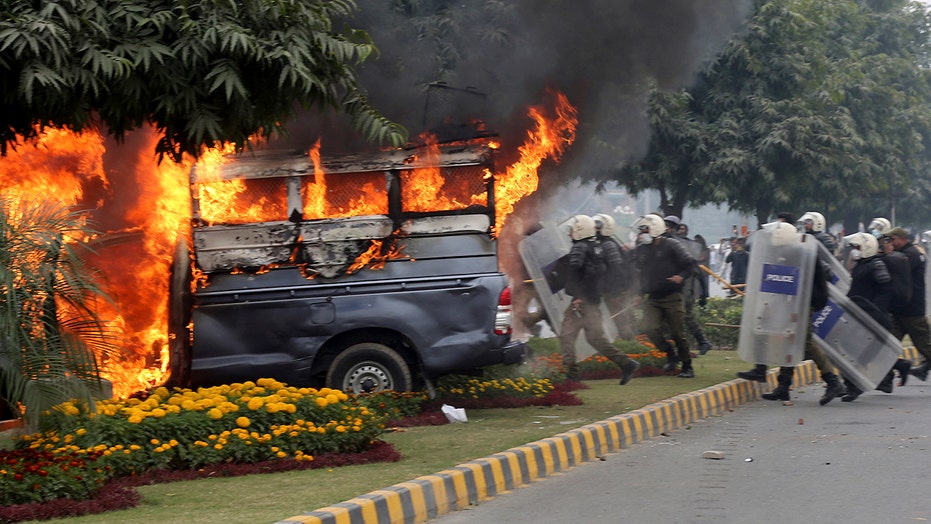 At least two heart patients died at a hospital in Pakistan on Wednesday after hundreds of lawyers besieged the complex in retaliation for what they said was an assault by doctors on one of their colleagues, authorities said.

The mob of lawyers descended upon the Punjab Institute of Cardiology in the eastern city of Lahore and attacked doctors with sticks, Lahore police said. The rioters also smashed windows, doors and hospital equipment, and set police vehicles on fire.

“It was catastrophic for hours,” Nizami said.

Police blamed the assault for three deaths, including two female patients at the hospital's emergency ward. It was unclear who the third fatality was.

The tension between the city’s doctors and lawyers had been brewing since last month, when one Lahore lawyer complained that doctors mistreated him when he brought an ailing relative to the hospital.

The lawyers accused the doctors of circulating a video that showed them beating their colleague when he refused to get in a patient line at the hospital, Lahore government official Kamran Ali told the outlet.

The angry lawyers set police vehicles on fire during the clashes in Lahore. (AP Photo/K.M. Chaudary)