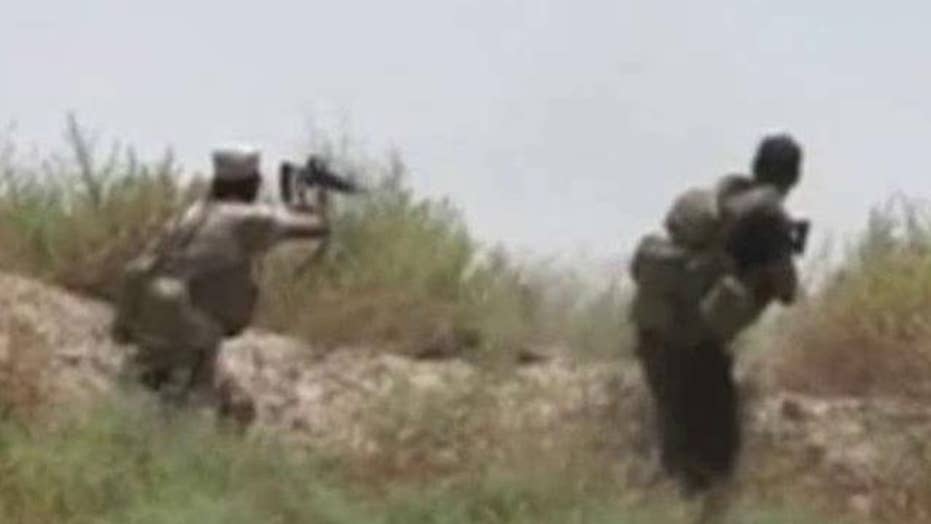 Spokesman for the U.S.-led coalition says Iraqi forces have cleared about a third of the city from ISIS

Only a third of Fallujah has been "cleared" of Islamic State militants, the U.S.-led coalition said Tuesday, days after the Iraqi government declared victory in the city west of Baghdad, which was held by the extremists for more than two years.

Other parts of the city are "contested," said U.S. Army Col. Christopher Garver, the Baghdad-based spokesman for the coalition, with clashes underway between Iraqi security forces and IS fighters. Most of the cleared terrain is in the south of the city and "clearing operations continue outward from the city center," Garver added.

Iraqi forces pushed into the center of Fallujah on Friday, retaking a government complex and the central hospital. That evening Brig. Gen. Haider al-Obedi, with Iraq's special forces, told The Associated Press his troops controlled 80 percent of the city.

Iraqi Prime Minister Haider al-Abadi said Friday that Fallujah had "returned to the embrace of the nation," and that remaining IS pockets would be "cleaned out within hours."

But in recent days there have been persistent clashes between Iraqi forces and IS fighters holed up in dense residential neighborhoods along the city's northern edge.

"What it looks like is (an IS) defensive belt around the city with not as stiff defenses inside," Garver said, explaining that as Iraqi forces move out from the city center they may encounter additional pockets of stiff resistance.

"That could be their toughest fighting," Garver added.

Iraqi commanders on the ground say their forces continue to make progress and have killed hundreds of militants.

Iraqi special forces backed by U.S.-led airstrikes have taken control of the neighborhoods of al-Shurta and al-Jughaifi, al-Obeidi told the AP on Tuesday. He said Iraqi military engineers were clearing the streets and buildings of left-over bombs.

The top special forces commander for the Fallujah operation told local al-Sumaria TV late Monday that the offensive killed 2,500 IS fighters. Lt. Gen. Abdul-Wahab al-Saadi offered no evidence to back up his claim. Iraqi troops have not disclosed their losses in Fallujah, though the Islamic State group claims to have killed dozens.

The operation has fueled an exodus of thousands of families, overwhelming camps for the displaced run by the government and aid groups.

The U.N. refugee agency said Tuesday that more than 85,000 people have fled Fallujah and the surrounding area since the offensive began. UNHCR spokeswoman Ariane Rummery said she expected that thousands more "could still be planning to leave the city."

Fallujah is the last IS bastion in the sprawling Anbar province. IS still controls pockets of territory in Iraq's north and west, including Mosul, the country's second largest city.

More than 3.4 million Iraqis have fled their homes since IS swept across northern and western Iraq in the summer of 2014, according to U.N. figures. More than 40 percent of the displaced are from Anbar province.

A series of attacks in and around Baghdad, including one targeting anti-IS Sunni fighters, killed at least 12 people and wounded 42 others on Tuesday, police and health officials said on condition of anonymity as they were not authorized to release information.

No group has claimed responsibility for the attacks, but they bore the hallmarks of IS. The near-daily attacks are seen by Iraqi officials as an attempt to divert security forces' attention from the front lines.