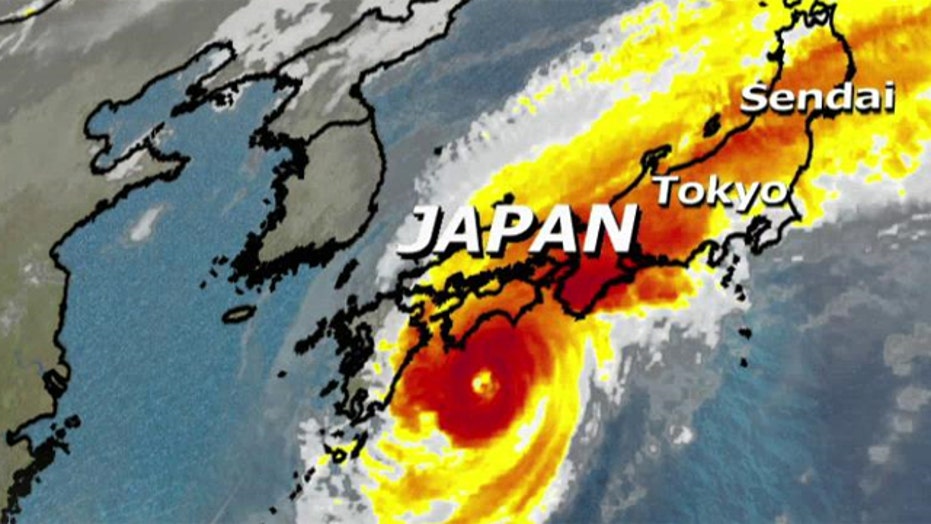 The three men were washed-out to sea by high waves

One U.S. Air Force member is dead and two are missing after being swept away in a typhoon that hit Okinawa, Japan, Sunday, Fox News confirmed.

"One Airman is confirmed deceased and two more are missing after they were washed out to sea from the northwest coast of Okinawa at about 3:45 p.m. Oct. 5," the Kadena Air Base said in a statement Sunday.

One of the Airman was found by the Japanese Coast Guard and pulled from the sea, and was later pronounced dead at a local hospital, according to the base statement.

"HH-60s from Kadena Air Base and Japanese Coast Guard are continuing to search for the remaining two Airmen. Rough seas are complicating rescue efforts," the statement said.

The names of the Airmen are being withheld for 24 hours after the notification of next of kin.

Tsuguyoshi Miyagi, an official at the Japanese Coast Guard's Okinawa branch, said the Airmen were on the island's northern coast.

Typhoon Phanfone was off the coast of Shikoku in southwestern Japan on Sunday night, packing winds of up to 90 miles per hour after hitting the southern regions of Okinawa and Kyushu, Japan's Meteorological Agency said.

Okinawa is home to about half of the roughly 50,000 American troops stationed in Japan.

Several people on Kyushu island were injured in the typhoon. The storm also grounded more than 100 flights Sunday and caused power outages at more than 9,500 homes on Kyushu.

The storm triggered concerns of possible landslides on the ash-covered volcano in central Japan that erupted Sept. 27, killing at least 51 hikers. The search for a dozen people missing in the eruption was suspended Sunday due to rain from the approaching storm.

The meteorological agency was predicting up to 16 inches of rain in central Japan by Monday morning.