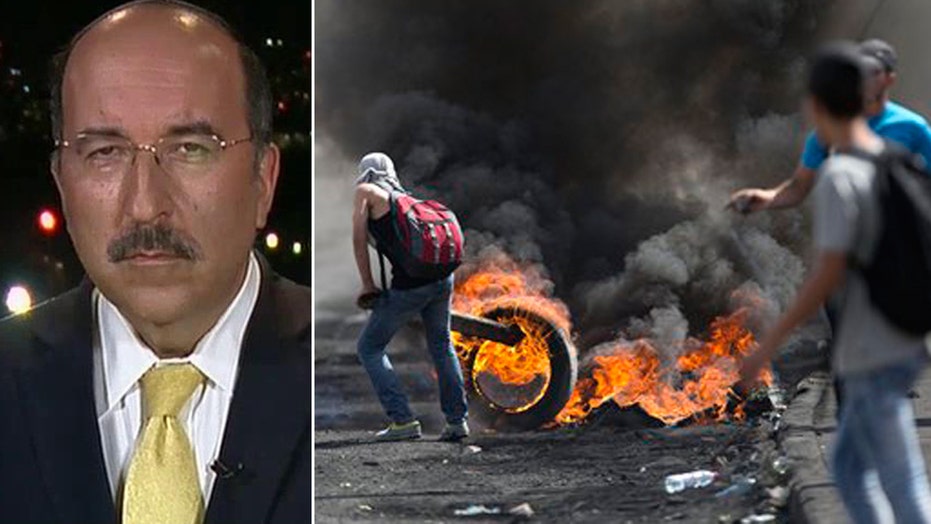 An armed Arab terrorist killed one and wounded several others after entering a bus station in southern Israel on Sunday, police told the Jerusalem Post.

Israeli police said the attacker shot and stabbed people in the bus terminal in Beersheba just after 7:30 p.m., according to the Times of Israel.

An Israeli man was killed in the assault and 10 other people, including five police officers, were wounded to varying degrees, police said.

Yoram Halevy, a police commander in southern Israel, told reporters that in addition to the knife and gun the attacker entered with, he also snatched a weapon from the soldier he killed.

The attacker, whose identity was not immediately known, was shot and killed.

A foreigner was shot by police during the attack after they apparently mistook him for an assailant. Halevy said security forces responding to the attack entered the bus station from another area and saw a "foreign national," shooting and wounding him.

Israeli media said the foreigner was an Eritrean national living in Israel.

Israeli media showed footage of a blood-streaked floor and rows of ambulances outside the bus station. Security camera footage from the bus station aired on Israeli TV showed what appeared to be a civilian shooting the attacker as soldiers and civilians crouched for cover nearby.

The bus station was later shut down as Israeli police searched the terminal for any additional threats.

“We arrived to the scene en masse and spread throughout the station to look for other victims," said Gadi Abuchatzira, deputy head of the MDA Negev Region. "We did a triage and began giving life-saving treatment. Two of them had wounds to their upper bodies, they were unconscious."

Abuchatzira told the Times that all of the injured were apparently in their 20s.

“Four of the injured were fully conscious in moderate condition and suffering from gunshot wounds to the torso and legs," he said. "A woman was also injured with a gunshot wound to the limbs."

The attack came as Israel further tightened security around the country, highlighted by the construction of a barrier separating Jewish and Arab neighborhoods in east Jerusalem. In a bid to halt the fighting, U.S. Secretary of State John Kerry said in Paris he would meet the Israeli and Palestinian leaders in the coming days.

Israel has deployed thousands of police, backed up by troops, to maintain order following a spate of attacks, mostly stabbings, by Palestinian assailants. Those measures have so far failed to stop the violence.