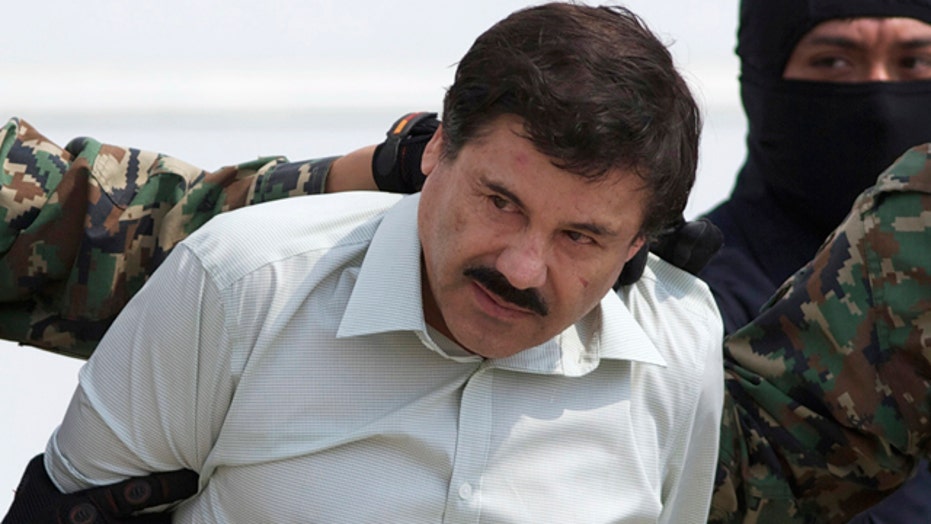 The acorn doesn't fall far from the tree.

One of Joaquín “El Chapo” Guzmán's 10 children took to social media to celebrate his father's ability to escape from maximum-security prisons where he had been locked up by Mexican security forces.

Jesús Alfredo Guzmán, or a Twitter account claiming to be his, posted on Sunday, the day after his notorious father escaped from Almoloya prison near Mexico City, a Spanish-language message rife with spelling and grammatical errors, he wrote on Sunday, “My father just has to want it, and he escapes from prison.”

His older brother Iván Archivaldo, who who calls himself “El Chapito,” seemed to hint the bold escape a couple of months back when an account purporting to be his tweeted: "I won't lie, I have cried but I bring armed men and I promise that soon the General will be back."

Earlier this month he put up another post saying, "Good things come to those who wait."

Chapito seems to not have been much of a Twitter user, and his account was taken down Monday.

On the other hand, Jesús Alfredo is a quite frequent social media user. Later on Sunday he posted: “Life is one, short and dangerous, so you have to live it to the fullest without thinking about tomorrow, but today."

Both brothers have been charged in the past for drug trafficking and money laundering activities. Iván Archivaldo was arrested and convicted in 2005 for money laundering but was acquitted three years ago by a Mexican judge.

Widely considered the world's richest and most powerful drug trafficker before his capture last year, Guzmán slipped down a shaft from the Almoloya shower area Saturday night and disappeared into a sophisticated mile-long tunnel with ventilation, lighting and a motorcycle apparently used to move dirt.

A widespread manhunt that included highway checkpoints, stepped up border security and closure of an international airport failed to turn up any trace of himmore than 24 hours after his escape.