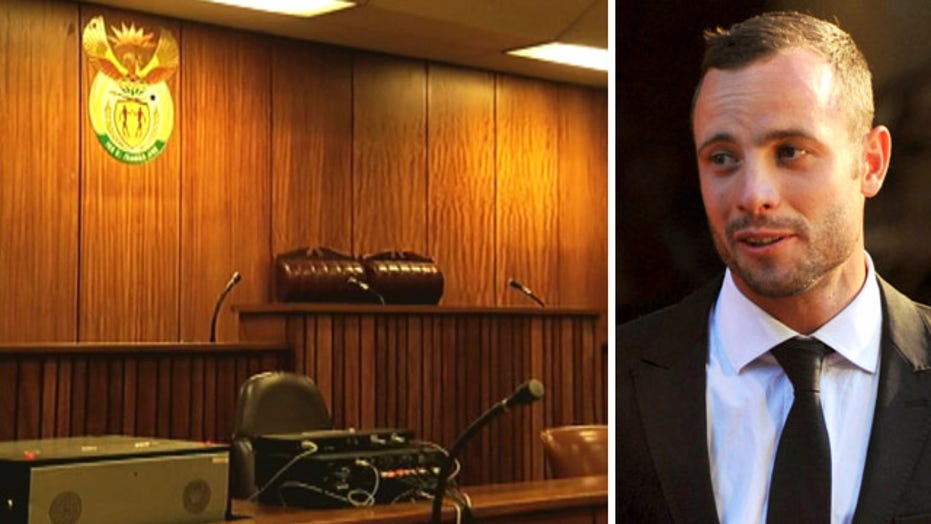 Calm before the storm: Inside 'Bladerunner' courtroom

The murder trial of the double amputee Olympian known as the Blade Runner is being broadcast to the entire world, but the cameras were hard-pressed to catch the bizarre, yet subtle drama that unfolded between the opposing attorneys on Monday.

Sharp exchanges between the prosecution, the first witness and defense attorneys for Oscar Pistorius had spectators riveted during the first day of testimony. Defense attorney Barry Roux constantly raised his voice in apparent anger when prosecution wintess Michelle Burger, who lived next to the sprinter, refused to be bullied into changing her testimony. She was sure she said that she was awakened on Valentine’s night by the sound of a woman’s blood-curdling screams, followed by four shots.

Roux, trying to suggest that what she heard was rather the sound of Pistorius breaking down a door with a cricket bat, supposedly to get to his girlfriend Reeva Steenkamp, caused many journalists to laugh out loud when he asked: “When did you last hear a gunshot”? Quick as a flash, Burger replied:” On the 14th of February last year.”

Numerous times prosecution lawyer Gerrie Nel sought to come to Burger’s rescue, but Roux pressed relentlessly. Burger didn’t falter, and brushed off the smirks Roux shot at her off camera. And when he raised his hand towards her across the courtroom, she raised hers in return.

But as the tension mounted around the witness stand, Pistorius remained so calm at his seat that some journalists thought he might be on medication. Certainly at times he looked like a spectator at his own murder trial. Detached, he took long swigs at bottled water, put his head down and clasped his hands behind his neck. He turned to smile at his brother and sister, all the time showing no remorse - even when in the opening statement the prosecution laid out in detail their version of events on the night he killed Steenkamp. As he left, like someone who had just won a race, he paused to shake hands with a court official.

But he didn’t look across behind him and to his right. There was a woman who stared at the accused killer, Steenkamp’s mother June. She travelled 600 miles up from the coastal city of Port Elizabeth to be in court. She sat, predominantly in black, at first trying to fight back tears, but as the day drew on, looking increasingly resolute.

Another strange feature of the trial, likely missed by the cameras is the fact that only one bench exists for the families and friends. So at one end, behind the prosecution, sat June Steenkamp and then friends of Reeva, right next to Pistorius’ brother Carl, and other members of the Pistorius family, spread out to the other end of the bench.

It is surreal to sit and watch this former poster boy in the biggest competition of his life, a competition the world is watching. And nowhere more closely than Hollywood. Not because it was Oscar night this week, but because scriptwriters are busy right now working on the script of a major movie: "Oscar: The Fall of a Titan.”

Paul Tilsley is a freelance Fox News correspondent/producer. Follow him on @paultilsley