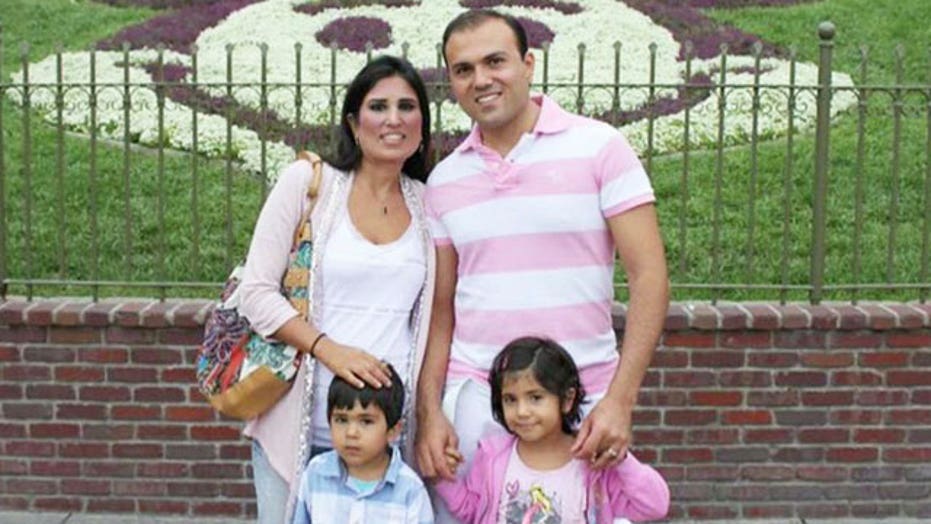 Obama calls on Iranian president to release US pastor

Among the topics discussed during the historic phone call between President Obama and Iranian President Hassan Rouhani was the imprisonment of American pastor Saeed Abedini.

A senior administration official tells Fox News that in addition to the issue of nuclear weapons and the broader relationship between the two nations, Obama expressed concern about the pastor—who was been incarcerated for a year at Evin Prison in Tehran —along with two other U.S. citizens.

“Obama also noted our concern about three American citizens who have been held within Iran: Robert Levinson [who is missing], Saeed Abedini, and Amir Hekmati, and noted our interest in seeing those Americans reunited with their families," the official told Fox News.

Abedini's wife, Naghmeh, immediately said the report of the call was "the most encouraging news I have heard since Saeed was imprisoned one year ago. I am very grateful to President Obama for standing up for Saeed and for the other Americans who are held captive in Iran. This development is truly an answer to prayer."

The discussion marked the first time that Obama has mentioned Abedini and his plight since he was jailed last fall. He has never spoken out about Abedini’s imprisonment but the State Department has repeatedly condemned Iran for holding him.

"We're very encouraged by President Obama raising the illegal imprisonment of American Saeed Abedini with Iranian President Rouhani," Jordan Sekulow, executive director of the American Center for Law and Justice, which represents Saeed's wife Naghmeh and their two children, said when told about the latest development by FoxNews.com.

Sekulow added, "Saeed, a U.S. citizen, has done nothing wrong and is imprisoned simply because of his Christian faith. If President Rouhani wants to start a new relationship with the United States, releasing this American pastor, husband, and father now would send an important message to the world."

In her statement, Naghmeh Abedini said, "I urge President Rouhani, as I have done thoughout this week, to release Saeed so he can return to our home and our family in the United States. In recent days, Iran has released 80 prisoners being held because of their beliefs. I pray that we can add Saeed to that list very soon."

Earlier this week, the pastor’s wife was in New York for the U.N. General Assembly in an attempt to bring her husband’s plight to light.

Abedini was arrested while making one of his frequent visits to see his parents and the rest of his family in Iran, his native country, where he spent many years as a Christian leader and community organizer developing Iran's underground home church communities for Christian converts.

On this last trip, the Iranian government pulled him off a bus and said he must face a penalty for his previous work as a Christian leader in Iran.

Lisa Daftari contributed to this story.