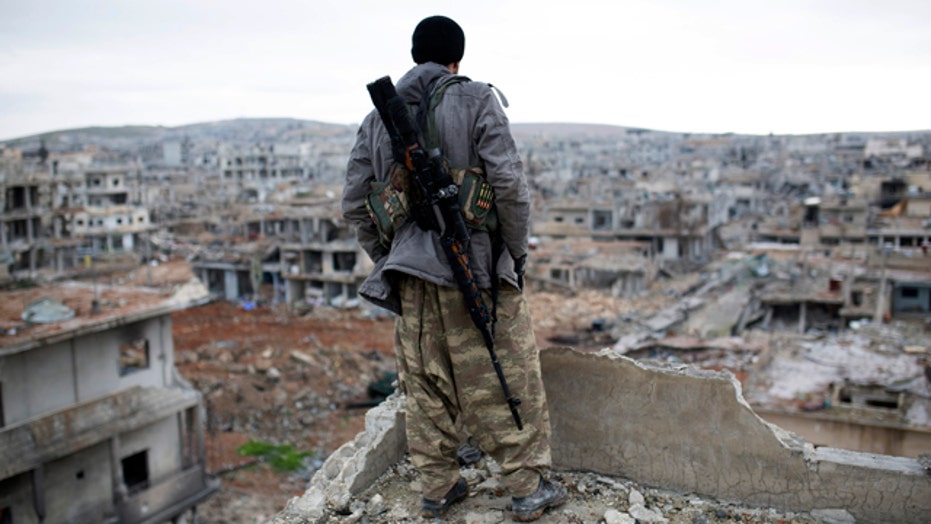 Activists monitoring the conflict in Syria said Thursday that the number of Christians kidnapped by ISIS terrorists in their most recent offensive has risen to at least 220.

The Britain-based Syrian Observatory for Human Rights said that the militant group has captured Assyrian Christians from 11 villages near the town of Tal Tamr in Hassakeh province.

The province, which borders Turkey and Iraq, has become the latest battleground in the fight against the ISIS in Syria. It is predominantly Kurdish but also has populations of Arabs and predominantly Christian Assyrians and Armenians.

ISIS began abducting the Assyrians on Monday, when militants attacked a cluster of villages along the Khabur River, sending thousands of people fleeing to safer areas. The Syriac National Council, a Syrian Christian group, told Reuters that hundreds of Christians have fled to the province's two main cities, Al-Hassakeh and Al-Qamishli, which are held by the Kurds.

Younan Talia, a senior official with the Assyrian Democratic Organization, said IS had raided 33 Assyrian villages, picking up as many as 300 people along the way. It was not possible to reconcile the numbers, and the fate of the hostages remained unclear.

ISIS has not claimed any of the abductions

State-run news agency SANA and an Assyrian activist group, the Assyrian Network for Human Rights in Syria, said the group had been moved to the ISIS-controlled city of Shaddadeh, a predominantly Arab town south of the city of Hassakeh. The Observatory, however, said they were still being held in nearby Mt. Abdulaziz.

The mass abduction added to fears among religious minorities in both Syria and Iraq, who have been repeatedly targeted by ISIS. The extremists have declared a self-styled caliphate in the regions of both countries that are under their control, killing members of religious minorities, driving others from their homes, enslaving women and destroying houses of worship.

The U.N. Security Council on Wednesday evening "strongly condemned" the abduction and demanded the immediate release of others abducted by the Islamic State and similar groups.

The White House condemned the attacks, saying the international community is united in its resolve to "end ISIL's depravity," using another acronym for the group.

The Assyrians are indigenous Christian people who trace their roots back to the ancient Mesopotamians.