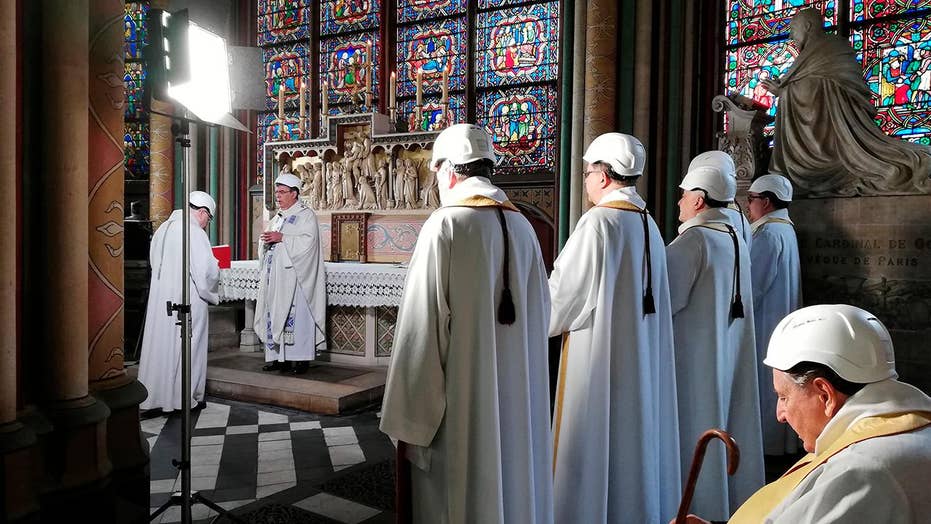 French President Macron hopes the cathedral will by fully restored within five years.

PARIS – The Notre Dame cathedral is holding its first Mass since the April fire that ravaged the edifice's roof and caused its masterpiece spire to collapse.

Saturday's mass at the Gothic building will be celebrated by Paris archbishop Michel Aupetit amid reduced attendance. For security reasons, only about 30 people — mainly priests, canons and church employees — will be admitted inside the cathedral. Aupetit will be wearing a construction worker's helmet in addition to his miter.

Worshippers won't be authorized in the cathedral but can watch the Mass on a Catholic TV station that is broadcasting the service. Aupetit has also invited some of the workers hired to rebuild the church.

French President Emmanuel Macron has set a goal of rebuilding the cathedral in just five years, which some experts consider impossible to reach.