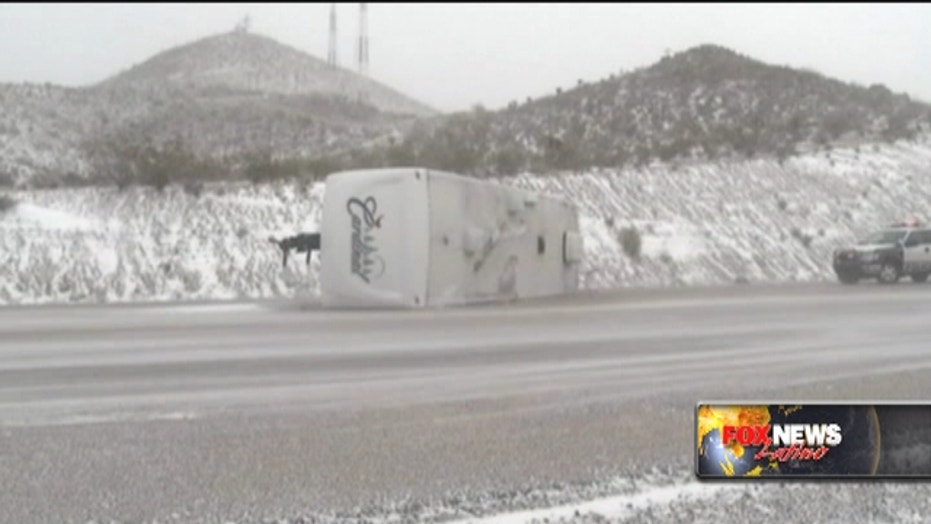 A messy mix of rain, snow and sleet is bearing down on the Northeast's major cities.

PHILADELPHIA (AP) – A messy mix of rain, snow and sleet is bearing down on the Northeast's major cities in what forecasters are calling the Interstate 95 corridor's first brush with a significant winter storm this season.

The National Weather Service said the exact track of the storm was unclear, but some areas could expect up to 8 inches or more of snow, and even those that don't get much may experience dangerous road conditions.

The storm is expected to arrive in the Philadelphia region Friday night and dump from 1 to 4 inches by Saturday morning, said Valerie Meola, a meteorologist with the National Weather Service in Mount Holly, New Jersey.

She said the storm's impact will be felt especially in the morning. "There will be a lot of that accumulation then, and then rain will come and wash it all away," Meola said Thursday.

The fast-moving storm system will travel up the Eastern seaboard, creating "the potential for significant snow and ice" before moving out to sea off New England by early Sunday, the weather service said.

Meteorologist Peter Wichrowski in Upton, New York, said snow likely would start to fall in New York City in the early morning hours of Saturday, with a mix of rain and maybe a little sleet along the coastal areas.

He said snowfall totals were expected to be around 1 to 2 inches across eastern Long Island but higher to the west, with the city getting 2 to 5 inches.

The storm could drop half a foot of heavy, wet snow in parts of northern and eastern Connecticut, including about 3 to 5 inches in the Hartford area, said meteorologist Bill Simpson in Taunton, Massachusetts.

Temperatures will be close to freezing, making it difficult to predict exactly which areas are likely to receive more rain than snow, Simpson said.

Parts of central Massachusetts could see 6 to 8 inches of snow.

Baltimore and Washington were expected to get only rain as temperatures hover just above freezing.