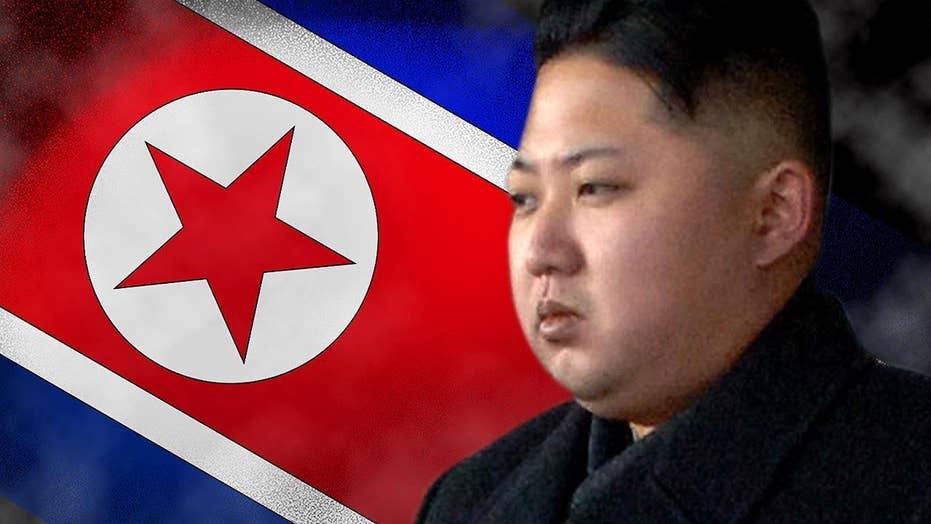 U.S. officials say it is clear the country did test a form of nuclear weapon

Soon after the ground shook around its nuclear testing facility, North Korea trumpeted its first hydrogen bomb test -- a powerful, self-proclaimed "H-bomb of justice" that would mark a major and unanticipated advance for its still-limited nuclear arsenal.

Pyongyang's announcement Wednesday was met with widespread skepticism, but whatever the North detonated in its fourth nuclear test, another round of tough international sanctions looms for the defiant, impoverished country.

The White House says the U.S. government's early analysis of underground activity "is not consistent" with a successful hydrogen bomb test. Spokesman Josh Earnest also says nothing has happened to change the U.S. government's assessment of North Korea's technical or military capabilities.

He says the U.S. government is still doing the work that's needed to learn more about the nuclear test North Korea claims to have conducted successfully on Wednesday.

The test likely pushed Pyongyang's scientists and engineers closer to their goal of building a warhead small enough to place on a missile that can reach the U.S. mainland. But South Korea's spy agency thought the estimated explosive yield from the explosion was much smaller than what even a failed H-bomb detonation would produce.

The test was met with a burst of jubilation and pride in Pyongyang. A North Korean television anchor, reading a typically propaganda-heavy statement, said a test of a "miniaturized" hydrogen bomb had been a "perfect success" that elevated the country's "nuclear might to the next level."

A large crowd celebrated in front of Pyongyang's main train station as the announcement was read on a big video screen, with people taking videos or photos of the screen on their mobile phones and applauding and cheering.

North Korea's state media stood firm in saying the test was a self-defense measure against a potential U.S. attack. "The (country's) access to H-bomb of justice, standing against the U.S., the chieftain of aggression ..., is the legitimate right of a sovereign state for self-defense and a very just step no one can slander."

In Seoul and elsewhere there was high-level worry. South Korean President Park Geun-hye ordered her military to bolster its combined defense posture with U.S. forces. She called the test a "grave provocation" and "an act that threatens our lives and future." Japanese Prime Minister Shinzo Abe said, "We absolutely cannot allow this."

Washington and nuclear experts have been skeptical about past North Korean claims about H-bombs, which are much more powerful and much more difficult to make than atomic bombs. A confirmed test would further worsen already abysmal relations between Pyongyang and its neighbors and lead to a strong push for tougher sanctions on North Korea at the United Nations. The Security Council quickly announced an emergency meeting.

A successful H-bomb test would be a big advance. Fusion is the main principle behind the hydrogen bomb, which can be hundreds of times more powerful than atomic bombs that use fission. In a hydrogen bomb, radiation from a nuclear fission explosion sets off a fusion reaction responsible for a powerful blast and radioactivity.

A South Korean lawmaker said the country's spy agency told him in a private briefing that Pyongyang may not have conducted an H-bomb test given the relatively small size of the seismic wave reported.

An estimated explosive yield of 6.0 kilotons and a quake with a magnitude of 4.8 (the U.S. reported 5.1) were detected, lawmaker Lee Cheol Woo said the National Intelligence Service told him. That's smaller than the estimated explosive yield of 7.9 kilotons and 4.9-magnitude quake reported after the 2013 nuclear test, he said, and only a fraction of the hundreds of kilotons that a successful H-bomb test's explosion would usually yield. Even a failed H-bomb detonation typically yields tens of kilotons, the NIS told Lee, who sits on the parliament's intelligence committee.

A miniaturized H-bomb can trigger a weak quake, but only the U.S. and Russia have such H-bombs, Lee cited the NIS as saying.

"I'm pretty skeptical," said Melissa Hanham, senior researcher at the James Martin Center for Nonproliferation Studies at the Middlebury Institute for International Studies in Monterey, California. "The seismic data indicates it would be very small for a hydrogen test.

"It seems just too soon to have this big technical achievement," she said. "But North Korea has always defied expectations."

While also noting the quake was likely too small for an H-bomb test, Jaiki Lee, a professor of nuclear engineering at Seoul's Hanyang University, said the North could have experimented with a "boosted" hybrid bomb that uses some nuclear fusion fuel along with more conventional uranium or plutonium fuel.

Joel Wit, founder of the North Korea-focused 38 North website, said a boosted bomb "is the most likely option," while adding that he isn't surprised that North Korea has shifted focus to hydrogen weaponry.

In Pyongyang the announcement was greeted with an expected rush of nationalistic pride, and some bewilderment.

Kim Sok Chol, 32, told The Associated Press that he doesn't know much about H-bombs, but added that "Since we have it the U.S. will not attack us."

University student Ri Sol Yong, 22, said, "If we didn't have powerful nuclear weapons, we would already have been turned into the slaves of the U.S."

It could take weeks before the true nature of the test is confirmed by outside experts -- if they are able to do so at all.

U.S. Air Force aircraft designed to detect the evidence of a nuclear test, such as radioactive particulate matter and blast-related noble gases, could be deployed from a U.S. base on the Japanese island of Okinawa. Japanese media said Tokyo mobilized its own reconnaissance aircraft for sorties over the Sea of Japan to try to collect atmospheric data.

But North Korea goes to great lengths to conceal its tests by conducting them underground and tightly sealing off tunnels or other vents through which radioactive bomb residue could escape.

Ferenc Dalnoki-Veress, a physicist, scientist-in-residence and professor at the James Martin Center, said it may not be possible for the monitors to ever determine if Wednesday's explosion was caused by a hydrogen bomb.

"For that, you might need to have the particulates," he said. "But maybe we'll be lucky."

The test was unexpected in part because North Korea's last nuclear test was nearly three years ago and Kim Jong Un did not mention nuclear weapons in his annual New Year's speech. Some outside analysts had speculated Kim was worried about deteriorating ties with China, the North's last major ally, which has shown greater frustration at provocations and a possible willingness to allow stronger U.N. sanctions.

Chinese Foreign Ministry spokeswoman Hua Chunying told reporters that Beijing "firmly opposes" Pyongyang's purported test and is monitoring the environment on its border with North Korea near the test site.

Just how big a threat North Korea's nuclear program poses is a mystery. North Korea is thought to have a handful of rudimentary nuclear bombs and has spent decades trying to perfect a multistage, long-range missile to eventually carry smaller versions of those bombs.

Some analysts say the North hasn't likely achieved the technology needed to manufacture a miniaturized warhead that could fit on a long-range missile capable of hitting the U.S. mainland. But the debate is growing on just how far the North has advanced.

North Korea needs fresh nuclear tests for practical military and political reasons. To build a credible nuclear program, the North must explode new devices -- and more advanced ones -- so its scientists can continually improve their designs and technology.

Nuclear-tipped missiles could then be used as deterrents, and diplomatic bargaining chips, against its enemies -- and especially against the United States, which Pyongyang has long pushed to withdraw its troops from the region and to sign a peace treaty formally ending the Korean War.

"This is indeed a wakeup call," Lassina Zerbo, the head of the Vienna-based U.N. Comprehensive Test Ban Treaty Organization, which has a worldwide network of monitoring stations to detect nuclear testing, told AP by phone. "I am convinced it will have repercussions on North Korea and international peace and stability."